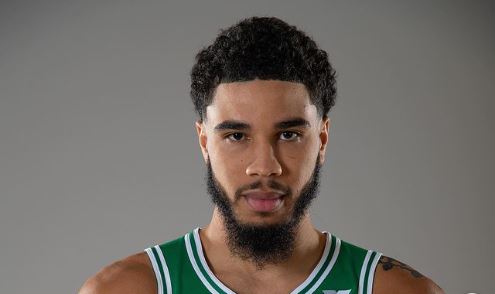 Is Jayson Tatum dating now? The NBA forward for Celtic has a son named Deuce from a past relationship. Read on to find out who the mom is.

If you’re a Boston Celtics or Jayson Tatum fan then chances are you know that the forward has an adorable son named Deuce. The child is often seen with his dad before and after games and has become and fan favorite. Seeing Tatum and Deuce’s father-son relationship has some fans curious about who the child’s mother is.

Here’s more about Tatum and Deuce’s mother, Toriah Lachell, plus if the NBA star has a girlfriend now.

She and Tatum also attended the same Chaminade College Preparatory School in Creve Coeur, Missouri. The two started out as friends before they began dating for a few years. They welcomed Jayson Christopher Tatum Jr., aka Deuce, on Dec. 6, 2017.

Although Lachell and Tatum’s relationship didn’t last the athlete remained committed to being a parent and is a constant in Deuce’s life. And Deuce is a fixture on his dad’s social media pages and has delighted fans at plenty of Celtics games and during press conferences.

Today, Lachell is a hairstylist and owner of The Curl Bar Boston. Her salon’s Instagram account has over 12,000 followers and she hosts webinars and curl tutorials from time to time.

What Tatum thinks of Deuce’s popularity

Lachell and Tatum had Deuce when they were both very young but the athlete says he wouldn’t change that.

“Yeah, I think that’s the plus of having a kid at 19,” Tatum told Boston.com. “We’re growing up together. I think it’s cool that he’s going to be able to see me as my career goes and as he’s getting older to remember certain things and interact. Things like that. It’s definitely a plus.”

Their son’s popularity did surprise Tatum a bit.

“I definitely did not expect it,” he said. “It’s cool. [Deuce] enjoys it. Every time he comes to a home game, people cheer when they see him and scream his name. When he comes to the games on the road … he has his own personality.”

Is Tatum dating anyone now?

Tatum played his college basketball for the Duke Blue Devils before entering the 2017 NBA draft. While at the University he dated volleyball player Samie Amos for short time.

After entering the NBA, Tatum was linked to British R&B singer Ella Mai. The chatter about these two started when he went to one of Mai’s shows in Baltimore a few years back. There were reports that at some point in 2021 they broke things off. The two did not comment on their relationship but Mai was later seen at a Celtics game watching Tatum play. BlackSportsOnline.com noted that fans were pretty confused about that because model Bella B, who Tatum had also been linked to, was at that same game cheering him on.

Tatum tries to keep his dating life private these days so if he is dating anyone now he hasn’t shared that publicly yet.