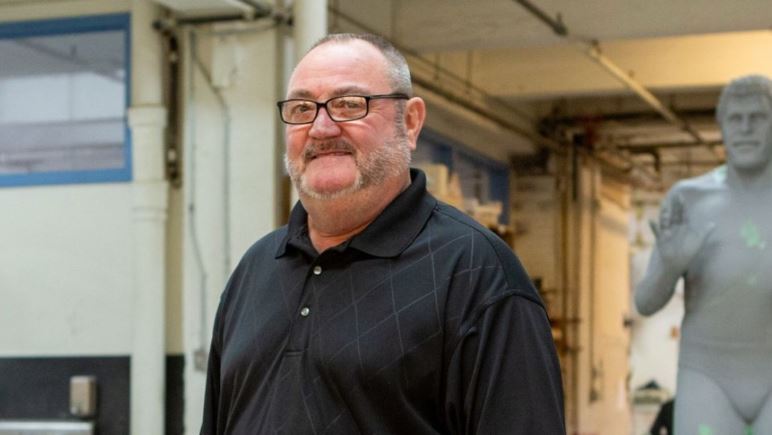 Tim White, a WWE referee who appeared on programs like WWE Sunday Night Heat, WWE Monday Night RAW, and WWE Smackdown! during his decades-long career, died on June 19, 2022, at age 68.

Tim White stopped serving as a referee after suffering a severe shoulder injury during a “WWE Hell in a Cell” match with Chris Jericho and Triple H in 2002. He continued working for WWE in behind-the-scenes roles until his official retirement in 2009. What was his cause of death?

Tim White, a WWE referee, passed away at age 68. What’s his cause of death?

Tim’s cause of death has not yet been revealed.

Born on March 25, 1954, in Cumberland, R.I., Tim first landed a role as André the Giant‘s assistant in the 1980s, and he soon joined the WWE full-time. In the next years, he booked appearances on WWF Superstars of Wrestling, WWF Wrestling Challenge, WWE Sunday Night Slam, and other programs.

Tim served as a referee for some of the most iconic matches to take place in WWE history, including the bloody face-off between Undertaker and Mankind at the King of the Ring pay-per-view held on June 28, 1998, in Pittsburgh, Pa.

He suffered a career-altering shoulder injury during the “WWE Hell in a Cell” match on Judgment Day 2002. Tim returned to officiate the Chris Jericho vs. Christian match at WrestleMania XX in 2004, only to reportedly re-injure the same shoulder.

“I’m very sorry to learn of Tim White’s passing. He was the referee for so many of my big matches, and more importantly, was one of the nicest and most well-liked members of the WWE family,” tweeted @RealMickFoley.

“Sad to hear the news about Tim White. He was a total gent and a great laugh to hang out with. I knew I was guaranteed a fun day whenever he’d escort me on any WWE appearances. Thinking of your family, and raising a glass to you tonight, Tim!” tweeted @StuBennett.

Dave Hebner, who first joined the WWE franchise in the 1980s, lost his life on June 17, 2022. Dave had Parkinson’s disease, per the Sun. As the outlet states, Dave had other health conditions as well.

A seasoned pro, Dave officiated the match between Randy Savage versus Ricky Steamboat at the WrestleMania III held in 1987. Dave also served as a referee at a match featuring Hulk Hogan and André the Giant.

Dave’s tragic death devastated the members of the wrestling community.

“Yesterday, I had to say my last goodbye to my other half, a partner in crime, road buddy for years, brother for 73 years. I love you David, and I’ll never count you out,” tweeted Dave’s brother, Earl (@earlhebner17).

“Very sorry to hear about the passing of Dave Hebner. I met Dave in 1996 when he was in charge of my backstage access at a WWE house show. He walked me around and introduced me to everybody. And that double referee angle in 1988 is a huge part of my wrestling memory. #RIPDaveHebner,” tweeted @GoodMicWork, a commentator.