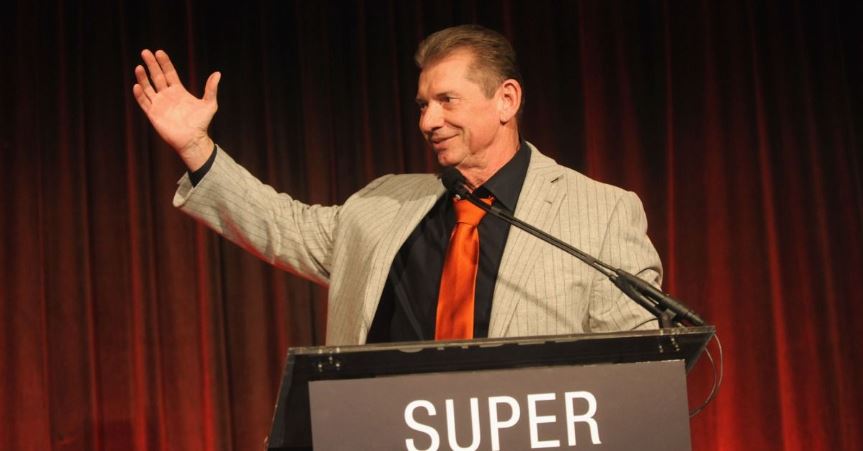 Vince McMahon has officially stepped back from his WWE role as its founder following a series of allegations, his daughter, Stephanie McMahon is the new CEO and chairwoman.

When you think of the WWE today, Vince McMahon is the name that is most synonymous with the organization. Over the last 50 years, the illustrious wrestler turned business mogul has done everything from take-home championship titles to help shape the world’s largest wrestling organization. However, things haven’t been on much of an upswing for him as of late.

Indeed, Vince is currently facing some serious allegations, and he has agreed to step away from his CEO and chairman responsibilities while the WWE Board investigates.

So, what are the allegations being raised against Vince, and who will replace him in the interim? Keep reading to find out.

What are the allegations against Vince McMahon?

According to an explosive report in The Wall Street Journal on June 15, 2022, the WWE board is looking into allegations that Vince paid $3 million in a secret settlement to a former employee with whom he allegedly had an affair.

Vince reportedly had a separation agreement drawn up in January for the unnamed former employee, who worked as a paralegal. In the agreement, she was barred “from discussing her relationship with Mr. McMahon or disparaging him,” per the outlet.

The board reportedly began ints investigation in April 2022 and “unearthed other, older nondisclosure agreements involving claims by former female WWE employees of misconduct by Mr. McMahon,” according to WSJ.

John Laurinaitis, the WWE’s head of talent relations, was also named as having misconduct complaints filed against him.

Vince McMahon is stepping down from his role as the leader of the WWE while the board investigates.

In an official statement shared on the WWE website, the company revealed that Vince would be stepping back as its chairman and CEO during the investigation.

“The Board of Directors today announced that a Special Committee of the Board is conducting an investigation into alleged misconduct by its Chairman and CEO Vincent McMahon and John Laurinaitis, head of talent relations,” it said in the release.

The release went on to note that “effective immediately, McMahon has voluntarily stepped back from his responsibilities as CEO and Chairman of the Board until the conclusion of the investigation. McMahon will retain his role and responsibilities related to WWE’s creative content during this period and remains committed to cooperating with the review underway.”

Who will replace Vince McMahon in the interim? His daughter is taking on the task.

Vince’s daughter, Stephanie McMahon — who works on the WWE’s board and was the company’s chief brand officer until a recent leave of absence in May 2022 — will serve as the interim CEO and chairwoman of the organization.

“I love this company and am committed to working with the Independent Directors to strengthen our culture and our Company,” she shared in the press release. “It is extremely important to me that we have a safe and collaborative workplace. I have committed to doing everything in my power to help the Special Committee complete its work, including marshaling the cooperation of the entire company to assist in the completion of the investigation and to implement its findings.”

Stating his take on the company’s decision, Vince shared in the press release: “I have pledged my complete cooperation to the investigation by the Special Committee, and I will do everything possible to support the investigation. I have also pledged to accept the findings and outcome of the investigation, whatever they are.”

As of now, WWE fans will simply have to wait and see what comes of the company’s internal investigation into Vince’s conduct.