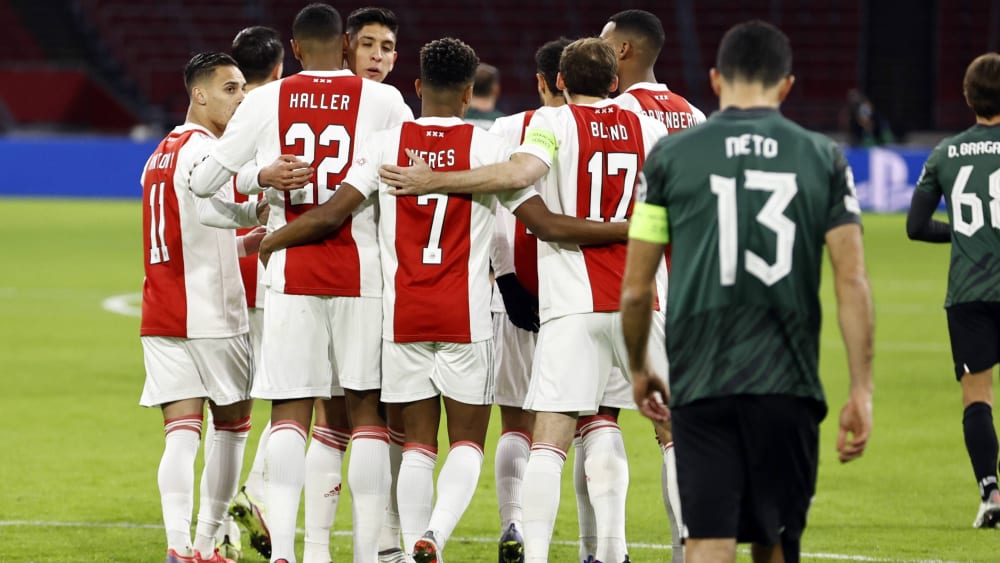 All these promising stars were sold but that still didn’t affect a team like Ajax, which is desperate to upset the elite clubs in the Champions League this season, their performance in both the Eredivisie and Champions League have been top class and it’s of no doubt that, this season they are going to make things complex for their opponent. Winning all six(6) games should be able to give you a heads up on what this Ajax team is capable of, this is why I consider Ajax as one of the favourites;

In the 2018/19 champions League season, Ajax was one of the ruthless teams that didn’t care whether you were a big team on not, they made sure they march any team toe to toe on the pitch. One could say that the game against Bayern Munich was the one that saw them given much attention in the 2018/19 champions league season, where they played 3-3 draw at the Allianz Arena.

That Ten Hag team beat the likes of Real Madrid and Juventus in the knockout phase of the competition, Ten Hag has built a new team after losing some key players in the transfer window, and now this team hasn’t been given much attention yet and hasn’t been talked about after winning all six (6) games in the champions league group stage. The Dutch (Ten Hag) is a world-class coach but he is underrated because people don’t see him as a top-notch coach, his idea of the game is incredible.

2.Ajax play as a team

When the Dutch team is being looked at closely, they don’t depend on individual brilliance. Ten Hag has installed in his players to play as a unit and it works perfectly for them. One thing about playing as a unit is that it wins you games. Playing as a team is very easy but playing individual football is the most difficult aspect of the game. Why this? It’s because playing as a unit you expect attackers, midfielders, and defenders to join the attack and vice versa.

3.They (Ajax) are not afraid to attack or press

The system Ten Hag is implementing at Ajax, teams would find it difficult to cope with them. Ajax is a team that will not sit back for you to attack them but will rather march you toe to toe. The 4-3-3 system is one of the difficult to play with if you don’t understand as a coach, this system is more of pressing the opponent, winning the ball back after losing it, being aggressive, and playing as a unit, such a system comes with understanding and hard work, without these, playing games with this system is very tough to implement.

4.Winning all their six (6) games in the champions league group stage