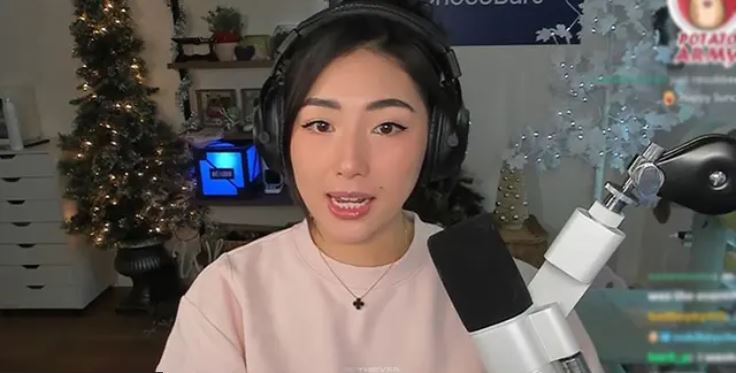 Twitch streamer xChocobars revealed the frightening experiences she’s had that put her off of IRL broadcasts for good, saying the thought of doing so is “so scary.”

Twitch is a haven for all manner of live-streamed content. Although many popular streamers on the platform are known for broadcasting their favorite games from home, plenty of users also show off their travels abroad in real time.

These streams are called ‘IRL’ (in real life) broadcasts, and tend to garner quite a few interested viewers who want to take part in their favorite influencers’ vacations by proxy.

Despite the popularity of these kinds of streams, popular influencer Janet ‘xChocobars’ Rose isn’t interested in taking part in the trend due to some scary experiences she’s had in her life.

The streamer opened up about the subject during a recent game of Among Us with friends where she revealed that she was nearly kidnapped as a child after a strange woman tried to pick her up from daycare.

xChocobars says stalking and harassment has discouraged her from IRL streaming

“For me, I feel like I have gotten really unlucky with people I come across,” she explained. “I could just be walking here in LA and I’ve had a car slow down next to me under a bridge. It was really scary. I started running out of the bridge. It was [a] bright day. They rolled up in their car and they were slowing down, too.”

“When I was younger, I had a lady come to my daycare and claim that she was my mother and try to pick me up from daycare,” she continued. “I don’t know who that lady was. You guys have no idea the sh*t I’ve been through growing up. I think I’ve just gotten really unlucky.”

That’s not all; Janet also said that she’s been stalked and harassed throughout her career as a streamer, recounting a time when a random man was shouting her name in a Las Vegas CVS when she was nowhere near the city.

“I had this one stalker that was in Vegas at a CVS or something screaming my name, like ‘Janet Rose, where are you?’ or something, even though I don’t live in Vegas. And what was creepy was, I had a friend who lived in Vegas and she DM’d me like, ‘This guy is going crazy in the CVS just screaming your name.’”

Chocobars is far from the first female streamer to open up about her experiences of being stalked and harassed after reaching Twitch fame.

Many other women on the platform have relayed similar stories, with streamers like Amouranth notably getting harassed by a stalker who flew all the way from Estonia to her home in Texas and even camped out by her PO box for a month.