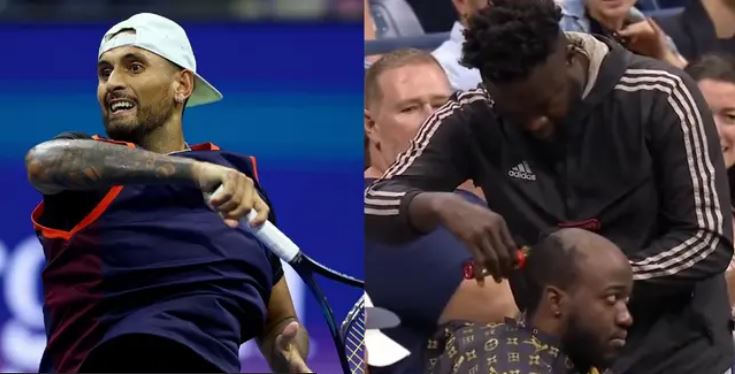 YouTube star JiDion Adams has received his second ban from a Grand Slam tennis tournament for getting a haircut during a US Open match.

Somehow, JiDion has made the simple act of getting a haircut a controversial occurrence.

The YouTuber has a history of getting his haircut at public sporting events – like the time he got a trim at a Minnesota Timberwolves game on March 25, 2022.

While that stunt was notable and a bit silly, it was innocuous enough to go, largely, without incident. That won’t be the case regarding JiDion’s latest public cut.

At the US Open match between Nick Kyrgios and Karen Khaachanov, JiDion was seen in the front row getting a haircut while play was still ongoing.

While plenty of fans and viewers at home got a kick out of JiDion’s second public trim, the tournament organizers did not.

According to the USTA, “security went to the two individuals. They were escorted out of their seats and then off the grounds for disruption of play.”

Noting the odd nature of the disruption, the USTA rep quipped “[t]here’s a first time for anything.”

But this isn’t “the first time” JiDion has gotten in trouble at a major tennis match, by far.

During a Wimbledon match between Novak Djokavic and Jannik Sinner on July 5, JiDion was seen pounding his chest and blowing an air horn. This behavior resulted in a lifetime ban from Wimbledon.

It’s unknown whether JiDion has received a similar lifetime ban from the US Open, or any of the other Grand Slam tournaments, as the USTA has not responded to Dexerto’s request for comment.

As it stands now, if JiDion is going for the “grand slam” of being kicked out of the major tourneys, he is halfway there.