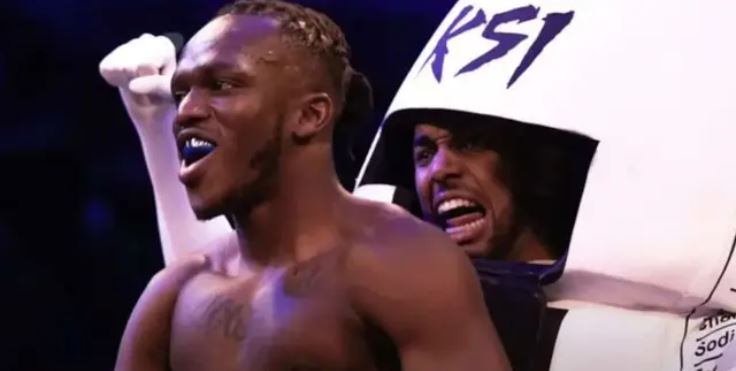 YouTube prankster Niko Omilana detailed how he snuck into KSI’s boxing match disguised as a giant bottle in a new video.

The YouTuber previously conned his way into KSI’s two fights with Logan Paul, and Jake Paul’s professional debut against AnEsonGib, which resulted in him being banned from attending any future Matchroom Boxing events.

But that didn’t stop the prankster, as he worked with fellow YouTuber Kysha to make the ring walk with KSI, and join him in the ring.

In a recent video titled ‘SNEAKING Into KSI’s Boxing Match (In the ring),’ Niko explained how he planned to pull off the prank using a giant seven-foot costume of a Prime Energy bottle.

Niko had Kysha secure him a wristband for the arena, which gave him VIP access to the venue. By using the Prime Energy bottle disguise, he went unnoticed despite his ban.

He even went backstage and greeted KSI before the fight, and the ‘The Nightmare’ boxer failed to notice his friend’s true identity.

As KSI made the walk for his first fight of the night, Niko walked behind him in disguise, cheering for him.

It wasn’t until the YouTube boxer’s knockout win against Swarmz, that the prankster finally unmasked himself, revealing his true identity to his shocked friend, and millions of fans watching the fight.

He told KSI that he had “really smashed” the fight, and the boxer proved to be a good sport, as he burst out laughing in disbelief and even gave Niko a hug.

“Fair play Niko, you absolute d***head,” he said. “Unbelievable, I thought it was the other guy, the other YouTuber. He didn’t say a word. I just thought he was acting a bit weird, maybe he’s shy or scared to meet me. As soon as Niko popped out his head, I knew he’d played me.”

KSI went on to knock out professional boxer Luis Pineda after his win against Swarmz, as Niko supported him at ringside for the rest of the event.

YouTuber Kysha who designed the custom-made giant energy drink bottle also made a documentary about the process in the video below,