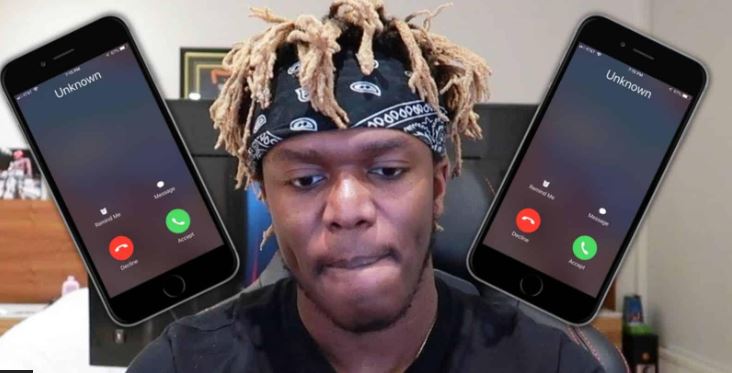 YouTuber KSI will most likely need to get a new mobile number after streamer IShowSpeed blatantly leaked his number on Instagram.

On July 2, a confused KSI turned to Twitter for help after absolute chaos broke out on his phone.

After desperately tweeting “OMG WHATS GOING ON WITH MY PHONE,” it didn’t take long for the influencer’s fans to fill him in on what had happened.

After putting the question out on Twitter, it didn’t take long for users to provide an answer.

It seems that during a Twitch stream, IShowSpeed had visited KSI’s Instagram page, and his phone had brought up the influencer’s actual phone number.

As Speed regularly draws in thousands of viewers per stream, it wasn’t long before KSI’s phone started ringing off the hook.

In screenshots posted replying to KSI, you can actually see his phone number, clear as day. Below is the shot in question, but we’ve edited out the influencer’s number, as he probably doesn’t need any more unwanted calls.

IShowSpeed most likely didn’t even realize he was showing KSI’s number on the screen.

However, to rub salt in the wound perhaps, Speed did reply to KSI’s tweet, promptly ratioing the already suffering creator.

We can’t be certain how soon KSI got a new phone number, but there’s no way he didn’t. There are simply too many people who tune into IShowSpeed, and as anyone knows, as soon as your number is leaked online, it’s basically game over.

Darren produced many videos on his YouTube account under the alias Ishowspeed. His broadcast moniker is more well-known than his true name. The YouTuber, who goes by the moniker Ishowspeed, has a sizable fan base. He still appears in more online entertainment scenarios under a similar moniker.

When it comes to YouTube Gaming, iShowSpeed is by far one of the biggest creators on the platform.

Over the last few months, the creator has been met with a bit of drama after he was kicked out of an amusement park, and was paid a visit by the local firefighters after he lit fireworks in his bedroom.

Speed was in trouble with his girlfriend as she allegedly found out he was cheating and confronted him during his broadcast on July 14.