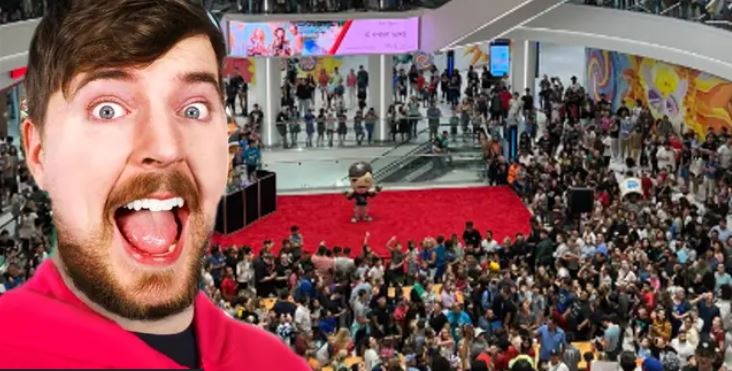 YouTube star Jimmy ‘MrBeast’ Donaldson has claimed that the incredible turnout for the opening of his first MrBeast Burger restaurant supposedly “broke the world record for most burgers sold in a day.”

MrBeast is no stranger to breaking records. As one of the world’s fastest-growing YouTubers, his various channels have reached incredible numbers and his Squid Game IRL recreation smashed the record for the most views in a single day.

Taking a leaf out of his friend Gordon Ramsay’s book, MrBeast opened up his very own restaurant based on his successful takeaway fast food chain MrBeast Burger.

The 24-year-old was subsequently blown away as thousands of fans turned up to attend its grand unveiling on September 4 and helped him add yet another record to his ever-growing list.

MrBeast breaks another record with his MrBeast Burger restaurant opening

Following on from the exciting events during the unveiling of the first Beast Burger restaurant, the YouTuber admitted that he was “exhausted” from the day. However, it was well worth it.

On September 5, MrBeast claimed that the mass turnout had helped him and his team breaks the record “for most burgers sold in a day by a single restaurant.”

He added that he reckoned he’d taken “a couple of thousand photos” throughout the day with fans who had been waiting for hours to get a table.

However, many fans called on MrBeast to show some evidence over the statement and where he sourced the information. Even the Guinness World Record official Twitter page called for “proof.”

Yet, MrBeast’s fans quickly jumped to his defense showing the supposed 10,000-strong crowd that was in attendance at the unveiling. So much so, that he had to urge many fans to come on another day.

MrBeast has supposedly added yet another world record to his list. Although, with many more fans planning to make a trip to the restaurant, there could be many more on the way.