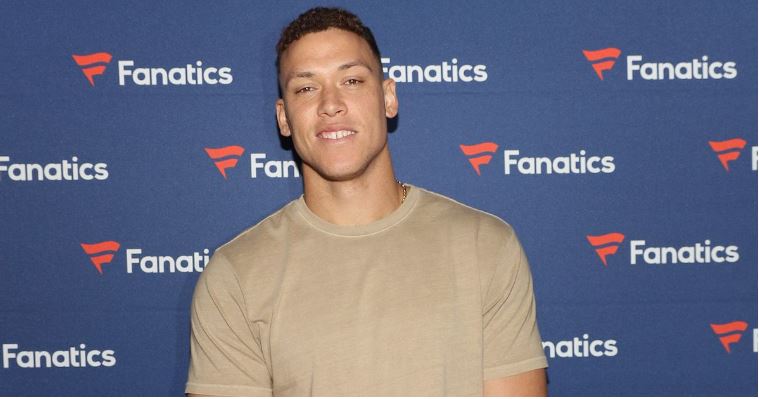 Does Aaron Judge have a sibling and is he religious? Details about the professional baseball player‘s personal life.

Judge was unanimously selected as the American League Rookie of the Year in 2017 and finished second in voting for the AL Most Valuable Player Award that year.

This year, Aaron has been chasing the single-season home run record in the MLB. Although there is much controversy over who holds the record, Aaron officially became the fifth player in major league baseball history to hit 60 home runs in a single season on Sept. 20, 2022. Talk about making history!

There’s no denying the fact that he is incredibly talented in his sport of choice, but fans want to know more about his personal life. Here’s what curious fans should know about his sibling, religion, and his parents.

Who are Aaron Judge’s parents?

Aaron was adopted by his parents, Patty and Wayne Judge, shortly after he was born. When Aaron reached his preteen years, he confronted his parents about why he didn’t look like them.

He told The New York Post, “I was about 10 or 11 and we really didn’t look alike, so I started asking questions. They told me I was adopted and answered all my questions, and that was that. I was fine with it. It really didn’t bother me because that’s the only parents I’ve known.”

Aaron told Newsday that he doesn’t feel any desire to seek out his biological parents.

He said, “I have one set of parents, the ones that raised me. That’s how it is. Some kids grow in their mom’s stomach; I grew in my mom‘s heart. She’s always shown me love and compassion ever since I was a little baby. I’ve never needed to think differently or wonder about anything.”

Aaron’s parents prioritized his education over his athletic career. It turns out that he probably could’ve gone pro as a baseball player way earlier on, but his parents pushed him to attend college first.

He told MLB, “They wanted me to always make sure I put education first … They’d say, ‘Hey, you’ve got homework to do. You’ve got to finish your math homework and science homework. Then, if you have time left over for dinner, you can go play.’ Something like that. I didn’t like it as a kid, but looking back on it, I really appreciate what they did for me.”

Aaron went on to rave about his mother, saying, “I know I wouldn’t be a New York Yankee if it wasn’t for my mom. The guidance she gave me as a kid growing up, knowing the difference [between] right and wrong, how to treat people, and how to go the extra mile and put in extra work. All that kind of stuff. She’s molded me into the person that I am today.”

It’s obvious that Aaron’s tight-knit connection to his parents has helped him along the way with his baseball career.

Does Aaron Judge have any siblings?

Aaron’s parents, Patty and Wayne, also adopted his older brother, John, and raised them both in Linden, Calif. He seems to be very private, but according to USA Today, John worked as an English teacher in South Korea as recently as 2017.

Aaron Judge is a devout Christian on and off the baseball field.

Regarding religion, Aaron Judge is a devout Christian and frequently posts about his faith on Twitter; his bio even reads, “Christian. Faith, Family, then Baseball.”

In December 2019, Aaron attended an event for his nonprofit, All Rise Foundation, in Fresno, Calif., and discussed his favorite Bible verse: 2 Corinthians 5:7 — “For we walk by faith, not by sight.”

“It’s one of my favorite Bible verses,” Aaron said (via Sports Spectrum). “I try to live my life by it, and always trust the Man Above and what He’s got in store for us. We never know what’s around the corner, but if we have faith in Him, He will lead us in the right direction.”

A day after the Yankees clinched the American League East title, Aaron Judge hit his 61st home run of the 2022 season during the team’s Wednesday night game against the Toronto Blue Jays. That’s right — after seven games without a home run, he launched the historic homer on Sept. 28, 2022, and officially tied the late great Roger Maris’s American League record.

Aaron told ESPN, “It’s an incredible honor, getting a chance to be associated with one of the Yankee greats, one of baseball’s greats, words can’t describe it … That’s one thing so special about the Yankees organization, is all the guys that came before us and kind of paved the way and played the game the right way, did things the right way, did a lot of great things in this game and getting a chance to be mentioned with those guys now is, I can’t even describe it, it’s an incredible honor that’s for sure.”

“Getting a chance to tie Roger Maris … you dream about that kind of stuff, it’s unreal,” Aaron concluded.

According to the MLB, Aaron managed to get his 61st home run ball back and gave it to his mother, Patty.

“She’s been with me through it all,” Aaron told the press. “From the Little League days, getting me ready for school, taking me to my first couple of practices and games, being there for my first professional game, my debut and now getting a chance to be here for this — this is something special, and we’re not done yet.”