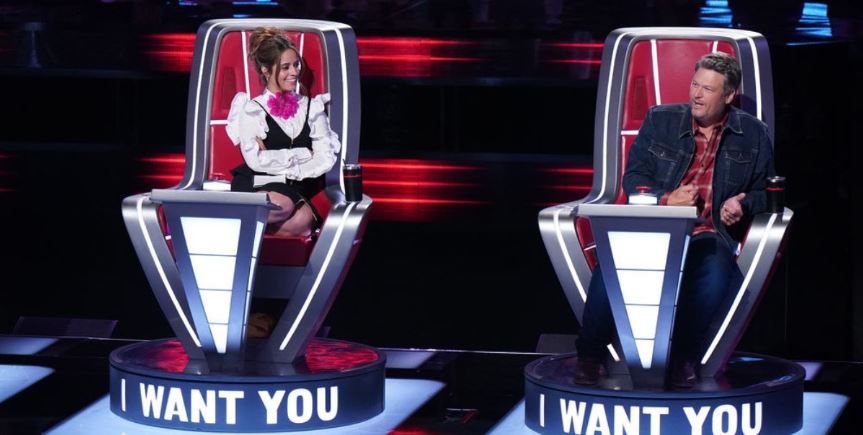 Blake Shelton and Camila Cabello are the best things about Season 22 of ‘The Voice’.

Everyone knows that the only thing more entertaining than the talented contestants on The Voice is the banter between the coaches. And Season 22 is no exception.

The fall 2022 premiere saw the return of a Voice veteran. Gwen Stefani made her comeback after a years-long hiatus from the show. This season, Gwen is joined by her husband, OG coach Blake Shelton, and John Legend. In addition, the panel of coaches welcomed a newcomer — Camila Cabello.

However, upon Camila’s arrival on the NBC series, she quickly gained a nemesis in her costar, Blake. But what’s their beef? Read on to find out!

Trailers for Season 22 of The Voice teased a feud between Blake and Camila. Some viewers argued that Blake’s refusal to pronounce Camila’s name correctly was a show of disrespect. However, longtime fans of The Voice are convinced that their bickering is done in good fun.

Much like Blake’s beef with ex-Voice coach Nick Jonas, every encounter is a parade of shade. With a 21-year age difference between Camila and Blake, the generational gap leaves plenty of room for light-hearted jabs.

During his September appearance on The Jimmy Fallon Show, Blake poked fun at his newest competitor. “Have you met Camila? I mean she talks a lot,” he teased.

Last season, Kelly Clarkson stepped away from her long-time role as coach, but Blake said Camilla’s debut on the show “makes up for” Kelly’s absence. “Camila has a lot to say,” he added.

In an NBC interview, Camilla commented that her new costar makes the show “really, really fun.” The “Havana” singer continued, “He actually makes me almost cry with laughter… He is so funny; he’s one of the funniest people I’ve met.”

Amid the Blind Auditions, fans agree that Camilla and Blake’s beef is the best thing about this season of The Voice. Their rivalry leaves fans anxious to learn who will come out on top in the season finale. But if Blake’s track record on the show is any indication, Camila may not stand a chance.