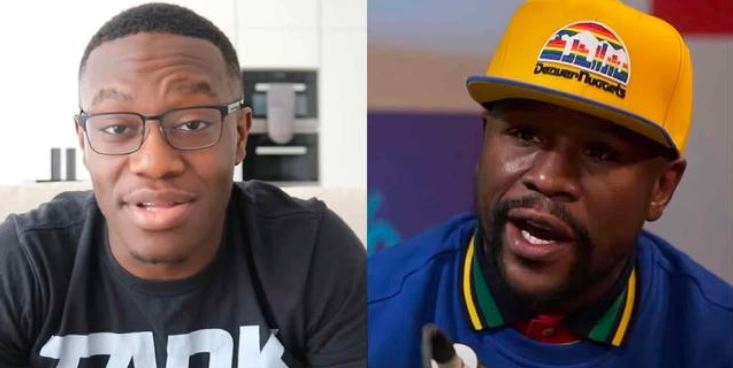 In one of the most surprising head-to-head fights yet, YouTuber Deji is reportedly set to fight boxing legend Floyd Mayweather. KSI’s younger brother won his first fight in 2022 and is already set to take on one of the greats.

Floyd Mayweather, who ‘retired’ with a 50-0 record (27 KOs), has been dabbling in the YouTube boxing scene. He took on Logan Paul in an exhibition match June 2021, with no outright winner declared. Floyd later claimed that it wasn’t a “real” fight.

Again, his fight with Deji would also be an exhibition, according to a report from boxing reporter Donagh Corby. Rumors of the fight were also shared by YouTuber Keemstar, citing his own sources.

When is Deji vs Floyd Mayweather?

According to the Mirror, Deji will take on Mayweather in a “big money exhibition bout” on November 13, 2022. The fight will be part of the “Global Titans Fight Series” taking place in Dubai.

As it is an exhibition, it’s not expected there will be any judges, so there will be no winner, unless there is a knockout. The rounds are usually limited too, shorter than a full professional fight.

According to the report, Mayweather’s team approached Deji to set up the bout. However, the deal is said to not be “100% over the line” – meaning there could be twists in the tale yet.

The brother of KSI, Deji lost his first three fights, but made amends with his first victory coming over Fousey in August.

Meanwhile, his brother is also attempting to lock in his next fight, with Jake Paul and Andrew Tate both taunting him.

The reaction to Deji landing a fight with Mayweather has generally been one of surprise, with some calling it “the most unexpected thing I’ve seen.”

Given Deji’s 1-3 record, few would expect him to stand a chance against the likes of Mayweather, although Logan Paul did hold his own in their fight.