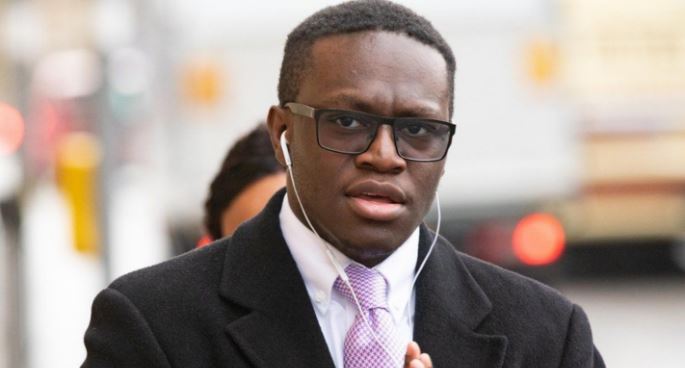 How much is Deji’s net worth? The sensational social media celebrity and boxer has made an impressive fortune.

Deji Olatunji, better known as Deji, a YouTube sensation Comedy Shorts Gamer, is used to sharing the spotlight with his older brother KSI.

In the first blowout of his career, he stepped out of the shadows in his first boxing win against Fousey on August 27, 2022, and played in the Sidemen vs YouTube All-Stars football match.

Deji is incredibly successful in his career and his fortune is expected to skyrocket in the coming years ahead of his exhibition fight against Floyd Mayweather slated on Sunday, November 13. So, what’s more about Deji, and how rich is the brother of KSI?

What is Deji’s net worth?

Deji Olatunji is a popular YouTube star with over 10.7 million subscribers and 5 billion views on his channel ComedyShortsGamer. In fact, he is so popular that in 2015 he made the second spot in the list of “UK’s Most Influential YouTube Creators.

As of September 2022, Deji has an estimated net worth of $7 million. He makes his money from different avenues including YouTube ads, partnerships and sponsorships, brand deals, boxing matches, and the selling of merchandise.

Who is Deji and how did he become famous?

Deji Olatunji, 25, is best known by his YouTube handle Comedy Shorts Gamer, before winning the first boxing match of his career.

He joined YouTube in December 2011 uploading gameplay videos but has since expanded into challenges and various prank vlogs.

His channel has amassed more than 10.7 million subscribers.

Deji has also co-starred with his brother KSI, whose legal name is Olajide Olayinka Williams Olatunji, as Freddie in the 2016 comedy Laid in America.

Deji released his own clothing line, Tank, in late 2014 – the website is currently under maintenance.

The apparel company is based out of San Francisco, California. According to the main website page, its “mission [is] to spread love and kindness to as many people, around the world as possible.”

The site continues: “The best part is that we’re using clothing to do it while giving back along the way. Apparel is literally everywhere, all the time, and we believe love and kindness should be too.

“Nobody deserves to feel alone in this world … If you believe in love and kindness as much as we believe in you, then together we will change the world!”

Who is Deji’s brother, KSI?

He first uploaded videos in 2009, posting recordings of himself playing video games, usually FIFA, before uploading them on YouTube.

His following skyrocketed, reaching over four billion views, and bringing in revenue from YouTube partnership programs.

He told The Telegraph in a 2014 interview that he wasn’t concerned with the money he receives, saying he has “an agent for that,” adding: “I’m not business-minded.”

“Fifa is my baby,” he continued. “I have to pinch myself sometimes… I am living a lifestyle most guys my age would love to lead, playing computer games and earning good money.”

KSI earned an NME Award for Vlogger of the Year in 2016 and has released two EPs as a rapper, with both topping the UK R&B Albums Chart.

He began his amateur boxing career in 2018 with a third-round technical knockout victory over fellow YouTube star Joe Weller.