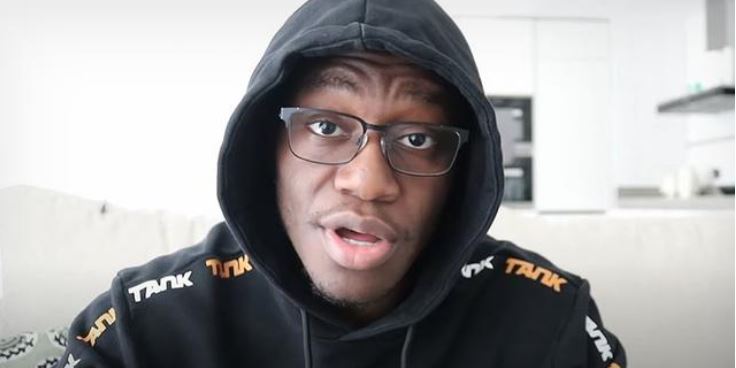 YouTube star Deji is hitting back at naysayers after officially securing a boxing match against undefeated champ Floyd Mayweather, despite his own previous losses.

Deji Olatunji first dove into the world of boxing back in August 2018, when he faced off against Jake Paul on the Logan Paul vs KSI card that gripped the entirety of social media.

He lost against Vinnie Hacker during the YouTubers vs TikTokers card in the summer of 2021. He was also defeated by Alex Wassabi earlier this year, causing a row between the American YouTuber and his big bro KSI that still has yet to be resolved.

However, Deji would make a massive comeback in August 2022 on the undercard of KSI’s ‘two fights, a one-night event with his match against Fouseytube. Although Fousey was the favorite to win, Deji took the victory by TKO in the third round, marking his first-ever boxing victory.

Then, something happened that no one expected; Deji scored an exhibition match against none other than Floyd ‘Money’ Mayweather, becoming the second major influencer to face off against the 50-0 boxing champ after Logan Paul in 2021.

Deji hits back at doubters after scoring Mayweather’s bout

This fight was officially confirmed on September 26. Deji uploaded an announcement video to his YouTube channel that same day, where he hit back at his haters who’d urged him to step away from boxing after his three initial losses.

“My whole boxing journey has been a lot of loss,” he said. “I’ve had people tell me to quit boxing after me losing. I was an 0-3 fighter. People just telling me that ‘This isn’t for you.’ You shouldn’t be boxing. You should give up.’”

“I had people doubt me. Tell me they don’t see any chance of victory for me. And now look at me. I’m about to share the ring with the greatest boxer of all time. So yeah, guys. If there’s anything you should take from my journey, it’s don’t give up.”

Deji will take on Floyd Mayweather on November 13 in Dubai at the Coca-Cola Arena — but Jake Paul is adamant that the boxing legend faces off against him in the ring, next.

Who is Deji and how did he become famous?

He is 25 years old and was born on December 9, 1996. He is the younger brother of KSI. Deji was born and raised in Watford, London. He often joked to have been born in Nigeria which he laughed at. He now resides in Peterborough, England, with his parents.

Deji created his first YouTube channel on 27 August 2011, named TheAngelzKid. He has changed the channel’s name to Deji 2nd’ and uploads gaming and some random content on there.

His main YouTube channel Deji (also known as ComedyShortsGamer in the past) was created on 1 December 2011, where he started out posting gaming videos to YouTube, including FIFA.

He joined YouTube in December 2011 uploading gameplay videos but has since expanded into challenges and various prank vlogs, before winning the first boxing match of his career.

His channel has amassed more than 10.7 million subscribers.

Deji has also co-starred with his brother KSI, whose legal name is Olajide Olayinka Williams Olatunji, as Freddie in the 2016 comedy Laid in America.

Deji released his own clothing line, Tank, in late 2014 – the website is currently under maintenance.

The apparel company is based out of San Francisco, California. According to the main website page, its “mission [is] to spread love and kindness to as many people, around the world as possible.”

The site continues: “The best part is that we’re using clothing to do it while giving back along the way. Apparel is literally everywhere, all the time, and we believe love and kindness should be too.

“Nobody deserves to feel alone in this world … If you believe in love and kindness as much as we believe in you, then together we will change the world!”