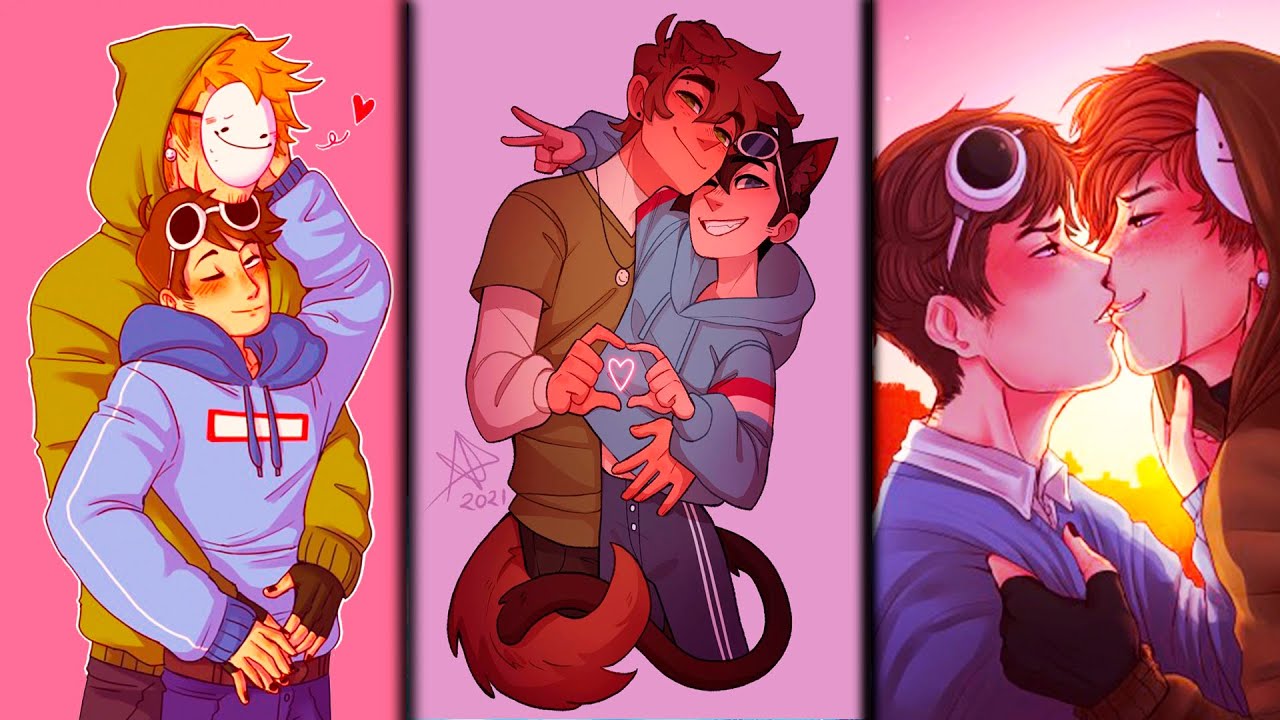 Is Dream and George in love? Is George and Dream boyfriends? Fans of the Minecraft streamers want to know more about their relationship status.

Two of the world’s most famous YouTube streamers are Dream and George. The relationship between the duo has been a bit weird to their fans as they’ve on several occasions made their fans know they’re more than just male friends.

On October 2nd, 2022, Dream who has remained disguised for years finally removed his mask in a video he shared on his YouTube channel. According to Dream, he displayed his face to the world because of George.

This and many instances have got fans wondering if the duo is dating or just friends. Read on to find out more.

Gerogenotfound is a popular YouTuber known for his skills in Minecraft.

George Davidson is a British YouTuber hailing from London. He was born on 1st November 1996 so he is 24 years old right now (March 2021).

With more than 10 million subscribers, you can call him a star on YouTube. He is also pretty famous on Instagram with 3 million followers and on Twitter with an audience of 3.8 million.

The height of Georgenotfound is 5 foot 8 inches. When it comes to his education, he graduated in computer science.

On 15th April 2020, George came forward on Twitter about his color blindness. He has severe protanopia and that is the reason why he wears his colorblind glasses – to help him distinguish between red and green colors.

You can even see his YouTube video where he shared his reaction to wearing the glasses for the first time and being able to differentiate the two colors properly.

His channel is one of the fastest-growing channels in the history of YouTube, garnering over 10 million subscribers in a little over a year. He is part of the collaborative group “Dream Team” consisting of himself, GeorgeNotFound, and Sapnap.

Clay was born on August 12, 1999. He grew up with a 15-year-old sister nicknamed “Drista” by TommyInnit, a portmanteau of “Dream” and “sista”. He also has an older sister and a younger brother. Clay has ADHD.

He was the quarterback of his high school flag football team and recreationally played basketball and soccer. He went to high school for 2 years & graduated in early 2018, he did not attend college because he felt that he knew enough about technology to get a job without a degree. He formerly worked for AppleCare.

Clay is over 6’2″ (189 centimeters) tall. He lives in the city of Orlando, Florida with his cat Patches & his best friend Sapnap. He is agnostic.

How Did George and Dream meet?

George and Dream met in real life on October 2nd, 2022 in Florida when he flew to meet him before he revealed his face to the world after years of friendship.

Online, Dream, and George met in 2016 on BadBoyHalo’s Minecraft server, MunchyMC. Dream had known of George, but hadn’t officially met him until then. Dream was an admin and developer, and George was a coder.

Their first interaction was when Dream asked George for help on coding a plugin, but George ignored him, kickstarting him on how to learn to code himself. Over the years, the two would eventually become best friends.

In late 2021, George applied for his American VISA, which he announced he finally received on September 18, 2022. Dream and George, along with their other best friend, Sapnap, would all be living together in the affectionately called “Dream Team House” which had been in the making since 2020.

Dream and George have been insistent on the fact that George has never seen Dream’s face until on October 2nd, 2022. The two agreed that when George received his VISA, they would facetime each other, which Dream confirmed they did. They wanted two separate reactions to them meeting for the first time, instead of George reacting to both meeting Dream and seeing his face for the first time.

Fans speculate because that would have been too overwhelming for them both. Dream revealed he didn’t cry when George showed him he got his VISA, however, he did a couple of days following.

What is the relationship status between Dream and George – are they dating in real life?

We can be safe to say that George and Dream are only best friends and childhood friends. The streamers have been friends for 7 years. However, due to how close they are, fans speculated that they were boyfriends.

Well, we weren’t surprised because on many occasions George called Dream his partner. George ended up telling Dream he loves him at the very end of his MC Championship stream. They were featured together as one of the pairings in Dangthatsalongname’s (also known as Scott Smajor) Escape Room Valentines Edition video.

Also, on March 31, 2020, George jokily tweeted to his fans that he was getting married to Dream in 2021. George wrote on Twitter: “Happy to announce that @DreamWasTaken and I are getting married in 2021!