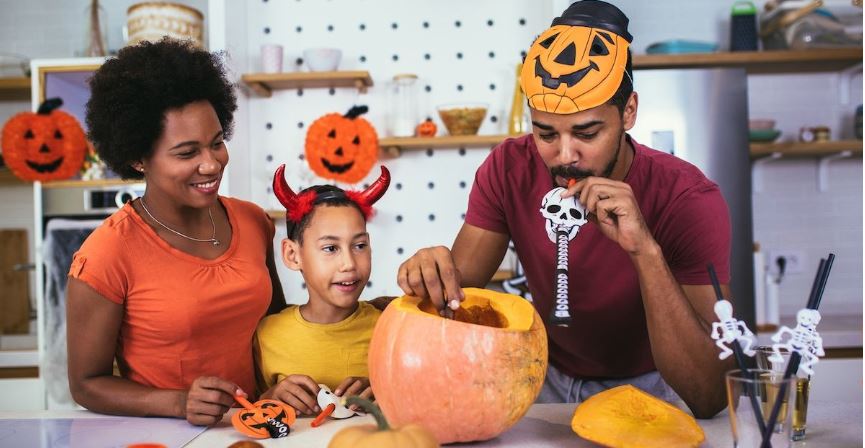 Trick-or-treating is a traditional Halloween custom for children and adults in some countries. During the evening of Halloween, on October 31, children in costumes travel from house to house, asking for treats with the phrase “trick or treat”.

Spooky season is officially in full swing! Most kiddos across the U.S. only have one thing in mind — candy, and lots of it. Parents who have sent their kiddies to school in their finest Halloween garb will likely have to look forward to a candy-high and pleas for continuing the Halloween festivities. And while it’s customary to take kids out for trick-or-treating, some parents have shied away from the activity.

Although Halloween is a great holiday for kids, we’d be remiss not to address that trick-or-treating can sometimes be unsafe. As such, many parents prefer to keep the Halloween celebration alive, but with a different approach. But how did “trick or treat” get started?

How did “trick or treat” get started?

During parades on All-Souls’ Day, poor citizens would ask attendees for food, and families would give them “soul cakes” in exchange for promising to pray for someone’s dead relatives. The practice of asking for food was known as “going a-souling” and was eventually taken up by children who would visit the houses in their neighborhood for money, ale, and food.

Loose traditions of Halloween were brought over from Europe to colonial America, mostly involving telling ghost stories and mischief-making. However, in the late 19th century, when Irish immigrants began to flee during the Irish Potato Famine, they helped popularize Halloween throughout the country.

Borrowing from the original European traditions, Americans then began dressing up in costumes and going house-to-house to ask for food or money. There was also a move to mold Halloween into a tradition more about community, where neighbors could get together to play games, eat foods of the season, and dress up in costume. Parents were encouraged to leave the “frightening” out of their costumes, which gradually led to Halloween losing many of its previous religious overtones.

For a while, trick-or-treating was not in practice, especially with the focus on Halloween being more community-centric with parades or town-wide events. However, between 1920 and 1950, trick-or-treating came into practice to help limit community vandalism, with the theory being that children would stop playing “tricks” for the holiday if they were given “treats.”

No matter how you celebrate, it’s clear that Halloween has morphed into a well-beloved tradition that’s here to stay!