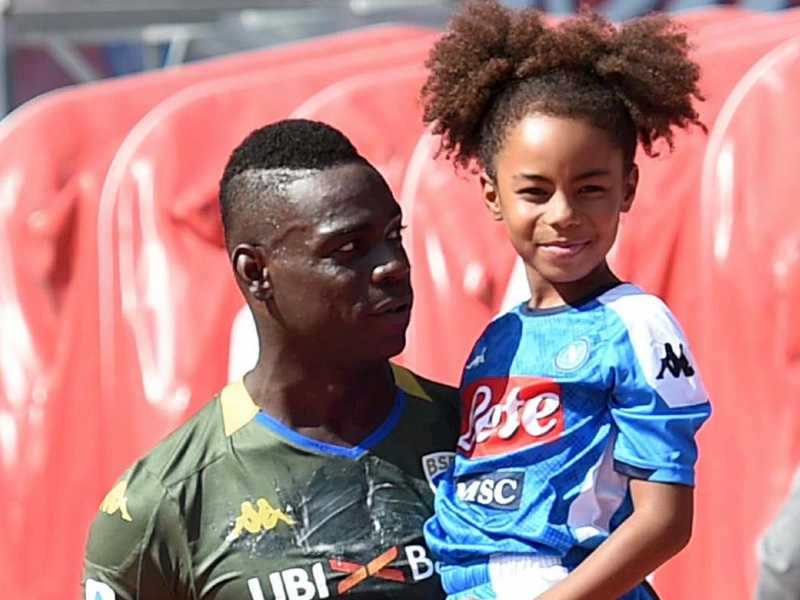 Mario Balotelli Barwuah is an Italian professional footballer who plays as a striker for the Swiss Super League club Sion.

Balotelli started his professional football career in 2005 at Lumezzane, before joining Inter Milan in 2007.

As a fan of mixed martial arts, Balotelli has previously expressed his desire to take up the sport professionally if he were not a football player.

Aside from expressing his soccer prowess on the pitch, Mario is a father and has a beautiful family. So, does he have children, and how many are his kids?

How many kids does Mario Balotelli have now?

When Balotelli’s ex-girlfriend Raffaella Fico disclosed in July 2012 that she was expecting his kid, Balotelli responded by saying he would only take on paternal obligations after a paternity test came back positive. Pia, Fico’s child, was born on December 5, 2012.

Fico charged Balotelli with being “irresponsible” and “not interested” in her newborn daughter later in December 2012. In reaction, Balotelli promised to sue Fico in order to protect his reputation from what he believed to be baseless claims.

In 2013 and 2014, Balotelli had a love relationship with Fanny Neguesha, and the two eventually got engaged.

Balotelli fathered a second child on September 28, 2017, a son he named Lion who was born to Clelia Carleenn, an ex-girlfriend of the footballer.