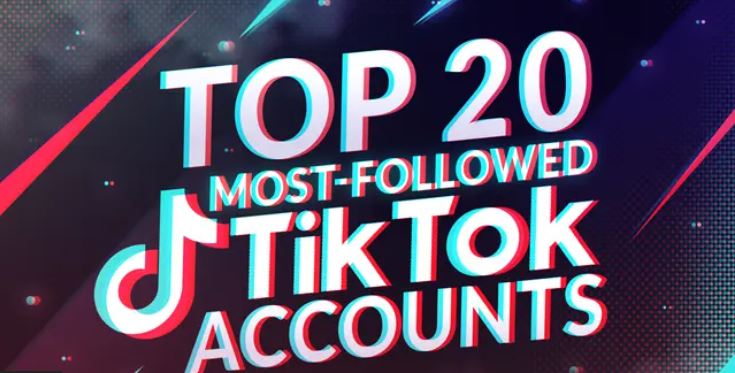 Short-form video app TikTok is garnering a number of new users every day as one of the most popular social media platforms out there right now. With stars like Charli D’amelio, Bella Poarch, and Addison Rae reaching hundreds of millions of followers, TikTok is home to many famous faces. But how many users does the app actually have, and who are the top 20 most-followed people on TikTok in August 2022?

TikTok was launched back in 2017, and a year later in 2018, it merged with the video app Musical.ly, which already had a reasonable degree of popularity.

Since then, the app has grown massively, with the maximum video size expanding from 15 seconds to now as long as 10 minutes, and the focus on dance content shifting to a much broader range of categories and styles on the app.

TikTok has established itself as a perfect place for videos to go viral, reaching millions of users, and can make a superstar out of anyone overnight.

The platform is now available in over 150 markets across the world in 75 different languages, with the past year looking like the most successful year yet for the application.

With so many lip-sync videos, comedy sketches, and various other content, people are easily hooked – despite the app almost getting banned in the United States back in September 2020.

The past year has seen countless popular celebrities make their own accounts on the app, along with many others who want to stay up to date with the latest viral trends and topics that stem from the site. But how many users does TikTok now have?

How many people are there on TikTok?

According to BusinessOfApps, TikTok had 1.398 billion monthly active users in Q1 2022.

In 2017, the app reportedly had only 65 million annual users, which is a testament to just how huge TikTok has become in a relatively short space of time.

The app has now also been downloaded over three billion times, and it generated an estimated $4.6 billion in revenue in 2021.

TikTok itself has over 64 million followers on its own account.

TikTok’s growth looks set to continue in a big way throughout 2022, and there’s no doubt that as the app continues to have an even bigger impact on social media, even more people will want to sign up and see what the fuss is all about.

And with so many popular influencers building platforms and launching careers thanks to TikTok, it makes it an even more appealing option for people looking to get a following.

Who are the most followed personalities on TikTok?

Want to start using TikTok? We’ve rounded up the top 20 most followed to give you some ideas of who to follow first.

With so many people making accounts for the platform all over the world, there are some names you’ll instantly recognize on this list, but there are a few surprises too – and it’s crazy to see how many followers some people have managed to accrue in short periods of time.

Actor Will Smith is one of the many celebrities who have jumped on the TikTok hype, and he regularly goes viral with his funny videos using some of the app’s most viral effects and sounds.

While Smith has been popular on TikTok ever since he started his account, he slid up to fifth place in April 2022, possibly as a result of the attention he received after he slapped comedian Chris Rock at the 2022 Oscars ceremony, a controversial moment that dominated social media in the days following.

If there’s one name almost as synonymous with TikTok fame as Charli D’Amelio, it’s Addison Rae. She is best known for her dance choreography videos and has built an immensely popular YouTube following off the back of her TikTok success.

It’s been reported that she makes $8.5m a year, though those earnings aren’t solely based on TikTok alone – and it’s only looking up for the young star. The star appeared in an episode of Keeping Up With The Kardashians and has signed a multi-film deal with Netflix after the release of the streaming platform’s ‘He’s All That’ movie, as well as launching her own line of fragrances and Screen Break, a skin mist. She’s also signed on to the upcoming movie, ‘Fashionista’.

Skyrocketing to fame in under a year, Bella Poarch has amassed a huge following at lightspeed. The American-Filipino star started their TikTok account in April 2020 and now sits at over 90 million followers, also having overtaken Addison Rae as the top 3rd most-followed TikToker.

Prior to fame, the starlet served in the United States Navy. Now, she’s well known for her comedy TikToks which often centers around gaming. Starring in her very own music videos for ‘Build a Bitch’, ‘Dolls’, and ‘Inferno’, she’s also featured in Sub Urban’s music video for ‘Cirque’, Rihanna’s Savage x Fenty Vol. 3 fashion show, and also signed on as a HyperX brand ambassador.

While no longer in the top spot, Charli D’Amelio is still the queen of TikTok in second place.

At just 18 years old, her rise to the top has been nothing short of spectacular. Alongside her incredible success, she has already garnered over 9.0 million YouTube subscribers, collaborating with the likes of Noah Schnapp, and Marshmello.

D’Amelio exploded onto the scene with her videos of dance choreography. She even ended up being the first star on the app to appear in a Super Bowl commercial, an impressive accomplishment no matter which way you try to slice it. She has also starred in Chase Hudson’s music video for ‘America’s Sweetheart’.

Beyond her long stretch as the most-followed account on TikTok, before being surpassed, Charli also became the first person to reach 10 billion likes on the platform.

Italian TikToker Khaby Lame is officially TikTok’s most-followed account, having taken over the likes of Addison Rae and Charli D’Amelio on his ascent.

Creating reactions to many other videos, such as one of the platform’s most-liked videos in which he responds to someone’s method of peeling a banana, Lame has also overtaken the likes of Dixie D’Amelio, Zach King, and Bella Poarch insanely fast.

The star’s popularity doesn’t look like it’ll slow down, either. There’s every chance he could remain the undisputed king of TikTok for months to come.

So, there you have it. The list of the top 20 most-followed people on TikTok, from Charli D’Amelio to Addison Rae. Make sure to check back often, as we update the list regularly.