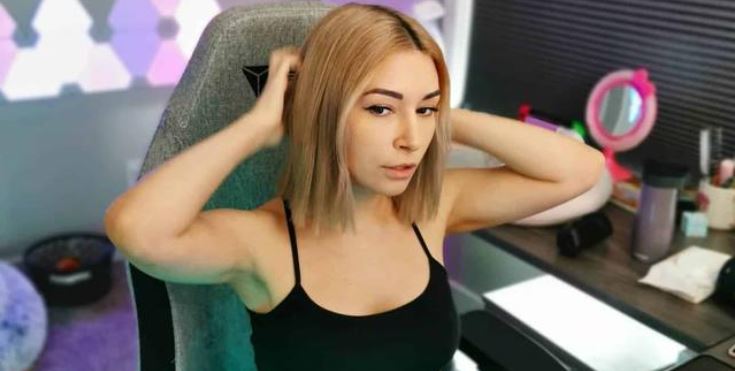 Twitch sensation Natalia ‘Alinity’ Mogollon has taken the streaming and OnlyFans world by storm, but it turns out she needed some convincing to join the controversial platform. How much money does she make on social media through streaming?

Alinity is one of the most popular streamers on Twitch, boasting over 1.5 million followers on the site and many more on her Instagram, Twitter, and YouTube accounts.

The Colombian-Canadian’s rise to fame didn’t come without some drama, though, as the 34-year-old has had some feuds with PewDiePie, Ninja, and even concerned animal rights activists after her infamous cat-throwing scandal.

Despite the few drawbacks, however, Alinity has become extremely successful and wealthy in large part due to her OnlyFans presence – which, as it turns out, wasn’t even her idea to start.

Alinity says OnlyFans reached out to her to make content

In an interview with Mel Magazine, the streamer revealed that she had been in talks with OnlyFans directly, and the platform wanted her to join them.

“OnlyFans [had been reaching] out to me for a while,” she said. “After hearing how much they thought I could be making, I realized it was too good of an opportunity to pass.”

They were right. While Alinity hasn’t disclosed how much she has made, back in 2021, she revealed to Mizkif that she made more in two months on OnlyFans than she would make in 10 years on Twitch.

Her fans are willing to fork over big bucks for content too, especially when it’s something extremely specific. For instance, she said that a “very elaborate burping video” earned her $50,000, with her viewers paying $100 just to watch it.

Clearly, OnlyFans was right about how much money the Twitch star was missing out on, and it’s wild to imagine what her bank account looks like one year after making her account.

Like Amouranth, Alinity has various avenues she makes money, including YouTube, Twitch, Onlyfans, and other subscription and streaming platforms.

Alinity’s YouTube Earnings: It is estimated that Alinity makes around $200 a month from her YouTube channel, where she currently posts at least once per week. Social Blade estimates that Alinity makes $125 to $2K a year from YouTube.

Alinity’s Twitch Earnings: Alinity also apparently earns around $35,000 US dollars per month from her Twitch channel. Small streamers that are Twitch Affiliates can typically make between $50 and $1,500 a month if they work very hard and regularly gain viewers, followers, and subscribers. According to a leak from October 2021: The top 100 Twitch streamers make at least $32,850 monthly through Twitch.

Alinity’s OnlyFans Earnings: Alinity is estimated to earn around $300k to $400k a month, with a majority of her income generated from her OnlyFans account.

Alinity’s total income is calculated to be around $4 million to $5 million a year, depending on her activity on Twitch and OnlyFans, as those are her main sources of income. She also takes on sponsorship deals and receives donations from viewers on her Twitch streams.