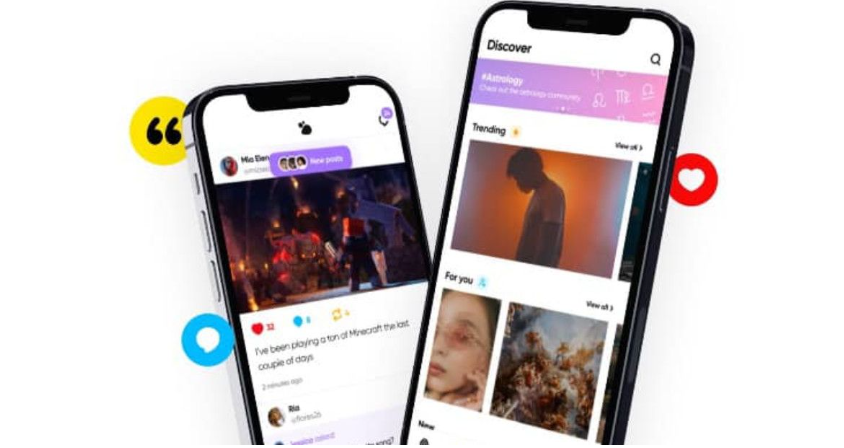 Hive crosses 2 million users — Here’s how to use the social media app.

A surge of new users are figuring out how to use Hive Social — or just Hive, as it’s going by now — especially now that Twitter’s problems seem to be escalating.

In fact, Hive founder Kassandra Pop told TechCrunch on Monday, Nov. 21 that the platform had reached 1 million users. It also ranked in the top 20 downloads on the U.S. App Store that same day, TechCrunch added. And on WeFunder, Hive has raised more than $315,000 from more than 850 investors.

If you’re one of those Hive newcomers, keep reading for information on how to get started.

What is Hive Social and how to use it?

Hive is free to use and offers an app for iOS and a beta app for Android. (On both the App Store and the Play Store, it’s listed as Hive Social.) Bustle notes that Hive functions like Instagram, while CNET likens the app to Twitter. In any case, You can share and comment on posts, view a user’s followers, see the users a given user follows, and double-tap photos to “like” them.

“HIVE is really a place where everyone is welcome, so we want to attract everyone from all communities — the everyday person to bloggers for travel, food, beauty, cars, etc., to small businesses and big brands. Whatever your interests are —  if they fall within our Community Guidelines designed to keep HIVE safe and respectful — you’ll have a space with us,” Kassandra, the founder shared.

She elaborated more about the app, saying, “HIVE is oriented [around] the user experience through a chronological order feed that maximizes content engagement…the ability to select multiple songs for a more personalized profile that will play when users visit your page, liking, commenting and reposting content.”

According to a feature on Hive on Her Paper Route, Hive seems to be trying to democratize the social media experience, making it so anyone can monetize off of their account, and they’ll be given much more freedom to do so. “With the Hive app you can literally monetize your account the moment you sign up.  This is the biggest news in the world of affiliate and influencer marketing right now.” You’re allowed to post links in your caption and comment with URLs you want to promote.

This is why, allegedly, a lot of influencers are really interested in Hive (we’ve yet to find any influencers using the app, but we’ll update this article once we do). On Instagram you need to have at least 10,000 followers to feature a swipe-up in your Instagram Story, and the only way to promote a link is to put it in your bio. Hive seems to solve that problem.

In 2021, it seemed like Hive was a one-woman team (or at least, a very small team). According to Hive’s Twitter feed, the CEO (Kassandra) runs the account.

Per Business Insider, the Twitter competitor Hive Social is currently run by a 24-year-old founder and 2 other people.

On how to use the app, You’ll need a user profile before you can explore other profiles, Bustle notes. When you set up your profile, you can specify interests so that the app can provide relevant content — or you can skip that step to find content yourself. If you tap the magnifying glass symbol in the menu bar, you can search for usernames or interests, browse topics on the platform, and see trending content.

Once you’re ready to make a post of your own, tap the plus symbol in the menu bar. Then you can choose whether to make an image-based post or a text-based post. And yes, NSFW content is allowed on the platform, as long as its tagged as such, according to a Hive support article.

If you’d like to edit your profile, you can do by tapping the person symbol in the menu bar. That same button will lead you to your account settings, your liked posts, your blocked accounts, and other information.

According to Kassandra herself in a 2021 Tweet, she revealed plans on adding live streaming as a feature pretty soon.

Like on other social media platforms, you can post images, GIFs, videos, and polls on Hive, but the app differentiates itself in a few ways. For starters, Hive displays posts chronologically, which might come as a relief to users befuddled by other apps’ algorithmic sorting.

You can also pick a color for your profile, with “35+ different colors to fit your aesthetic,” according to Hive. You can showcase your zodiac sign and your pronouns with designated bubbles at the top of your profile. And you can even add music to your Hive profile. (According to its listing on the U.S. App Store, users can purchase a second slot for music on their profile for 99 cents and a third and fourth playlist slot for $1.99 each.)

CNET’s Mark Serrels does warn potential Hive users that Hive “is very much a smaller service run by a far smaller team than what you might be used to with Twitter or Instagram.” It was weird, he says, to see typos in messages from Hive, for example. But he notes that Hive is still in its infancy, so users should “expect a fair bit of jank.”