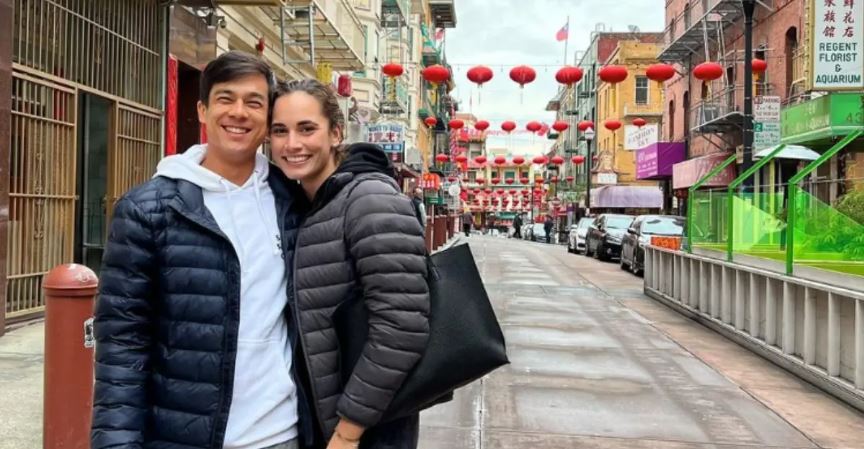 Who is Mackenzie McDonald dating right now? The sportsman’s girlfriend is also a professional tennis player.

Professional tennis player Mackenzie McDonald snagged the win of his career at the Australian Open on Jan. 18, 2023, after defeating reigning champ Spanish tennis legend Rafael Nadal. To Mackenzie’s advantage, Rafael was struggling with a left hip injury throughout the match which definitely helped Mackenzie get a leg up.

Given Mackenzie’s iconic win, the spotlight is on him. The 27-year-old, who is ranked World No. 65, hails from Piedmont, Calif. According to ATP Tour, his nickname is Mackie, and he started playing tennis at age 3 with his father.

Prior to turning pro, he was attending UCLA where he finished the 2016 college season as the No. 1 singles and doubles player in the nation. Due to his burgeoning career, he left school — but he says if he weren’t playing on tour, he would be finishing his studies.

Mackie’s sister, Dana Jones, had also attended and graduated from UCLA, where she was on the gymnastics team.

What else is there to know about Mackie? Well, he’s got a girlfriend and you’ll be pleased to hear that she is also a tennis player. Keep scrolling for everything we know about Maria Mateas.

Who is Mackenzie McDonald dating?

If you take a gander at Mackenzie McDonald’s Instagram bio, he has the letters MM listed followed by a diamond emoji. MM stands for his special lady, Maria Mateas. Interestingly enough, they both share the same initials.

Maria is a Romanian-American tennis player who attended Duke University. She achieved a career-high WTA singles ranking of 284 in 2018. She made her WTA Tour main-draw debut at the 2016 Bank of the West Classic. On her Instagram account, she writes that she is currently based in Orlando, Fla., implying that their relationship is long-distance. However, she did spend the holidays with Mackie in California.

It’s unknown how long Mackie and Maria have been going out. We do know that they didn’t go Instagram official until July 2022, though.

Who else has Mackenzie McDonald dated?

Prior to his current boo, Mackie was linked to Chanelle Van Nguyen, who is also a pro tennis player. Not much is known about their relationship; however, it appears that Chanelle’s outdated Twitter photo still features Mackenzie. It is believed they dated for over eight years.