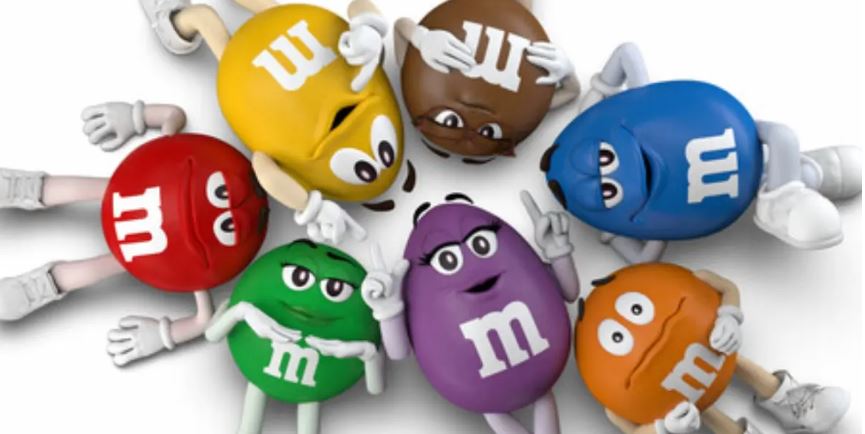 It’s not uncommon for your favorite brands to have mascots or spokes characters designed to entice the consumer. For M&M’s, a flagship product of Mars Wrigley Confectionary and Mars, Inc., the now-iconic M&M characters were first conceptualized in 1954. However, the multi-colored characters many associates with the brand did not come into play until 1994, when the characters were introduced at the Super Bowl, per Business Insider.

Now, M&M’s has fallen into controversy after the brand has announced it will be retiring its “spokescandies” in favor of a human spokesperson. Keep reading for what you need to know about the M&M’s controversy.

What is the controversy with the M&M’s?

In January 2022, M&M’s decided to update the character concepts initialized by Susan Credle in 1994. The most significant update was that of the Green character, who previously sported go-go boots, and the Brown character, who wore higher heels. According to Anton Vincent, president of Mars Wrigley North America, the intention with the update was to be more “representative of our consumer” with a “subtle cue” for better gender representation, per CNN.

Unfortunately, Anton’s intention has been taken out of context by others, including Fox News host Tucker Carlson, who became incensed that the Green M&M was wearing sneakers instead of “sexy boots.” He also ranted that “woke M&M’s have returned” and made disparaging comments about the Purple M&M, which he considered “obese.”

Are the M&M’s spokescandies retiring?

While many on the internet laughed off Tucker’s ravings over cartoon mascots, it appears that Mars, Inc. may have been listening after all. In a move that has been suggested to quash the controversy, M&M’s released a statement on Jan. 23, 2023, confirming that they are retiring their “spokescandies” for the time being in favor of actress Maya Rudolph.

“America, let’s talk. In the last year, we’ve made some changes to our beloved spokescandies. We weren’t sure if anyone would even notice. And we definitely didn’t think it would break the internet. But now we got it — even a candy’s shoes can be polarizing. Which was the last thing M&M’s wanted since we’re all about bringing people together,” the statement began.

“Therefore, we decided to take an indefinite pause from the spokes candies. In their place, we have decided to introduce a spokesperson America can agree on: the beloved Maya Rudolph,” the statement continued. “We are confident Ms. Rudolph will champion the power of fun to create a world where everyone feels they belong.”

According to Today, Maya has been titled “The Chief of Fun” for M&M’s and will be making her first appearance as the M&M’s spokesperson in a new Super Bowl ad to premiere on Sunday, Feb. 12, 2023.