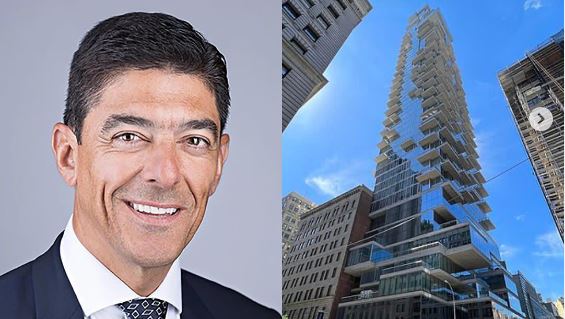 Bed Bath & Beyond’s chief financial officer Gustavo Arnal died on Friday after falling from the 18th-floor balcony of his high-rise apartment in New York City. A law enforcement official confirmed to CNN that his wife witnessed him jump, although police have seemingly ruled out foul play.

“The entire Bed Bath & Beyond Inc. organization is profoundly saddened by this shocking loss,” the company said in a statement released on Sunday. “At Bed Bath & Beyond Inc., Mr. Arnal was instrumental in guiding the organization throughout the coronavirus pandemic, transforming the Company’s financial foundation and building a strong and talented team. He was also an esteemed colleague in the financial community.”

While it is believed that Arnal jumped from the balcony, the New York City Medical Examiner’s Office is still working to confirm an official cause of death. He was 52 years old.

In addition to Arnal’s work with Bed Bath & Beyond, he previously worked with Avon and Proctor & Gamble.

CNN Business reports that a class action lawsuit was filed against Arnal, last month, accusing him of starting a “pump and dump” scheme and sharing fake revenue numbers in order to boost the stock price of the Buy Buy Baby brand.

Additionally, Arnal’s passing comes after the company announced plans to close 150 stores and lay off about 20 percent of its workforce amid declining sales.