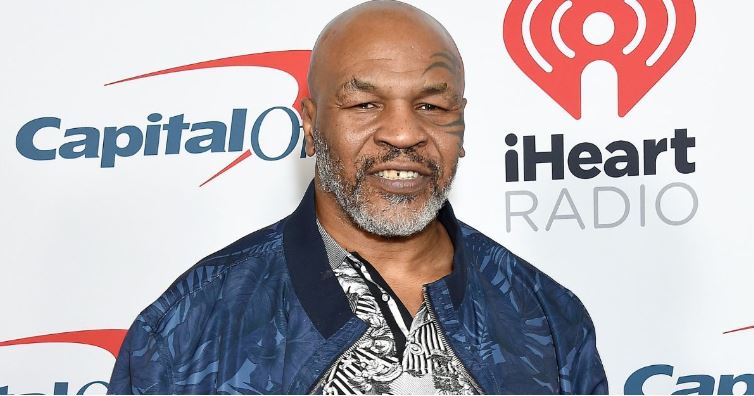 Is Mike Tyson OK? The former Heavyweight Champ talked about death recently. Read on for updates on his health status.

When it comes to boxing, Mike Tyson is one of the greats. The former heavyweight champion competed from 1985 to 2005 and in that time became a household name. In fact, Hulu just released a miniseries about his life dubbed Mike.

Back in 2020, Mike, who holds an impressive record of 50 wins, six losses, and two no contests, teased coming back to fight. However, he has yet to make his return. And as of late, Mike’s health appears to be in limbo. Is he OK? Here’s what we know about Mike Tyson’s current health.

An update on Mike Tyson’s health.

Fans became concerned about Mike Tyson’s health after the New York Post shared some photos of him taken at the Miami Airport on August 16, 2022.

In the photos, Mike was seen using a wheelchair. “Maybe he just wanted a ride? I hope so,” wrote one fan on Twitter in response to the photos. Another chirped: “What happened?! He seemed just fine this past year!”

A few weeks before the airport photos circulated, Mike was seen in New York City using a walking stick as a cane, per TMZ. At the time, sources close to Mike explained the situation. “He’s dealing with a sciatica flare-up,” they told the outlet. “Nothing serious. Just an occupational hazard for an athlete like Mike.”

Per MedicineNet, a sciatica flare-up, known as spatica, is “a medical condition where an individual feels pain radiating from the sciatic nerve.” The sciatic nerve, which runs from the lower back down to the legs, is the largest nerve in the body and is responsible for motor function in the lower body.

But while a sciatica flare-up is unfortunate, it can be easily treated. That said, Mike hinted that he may be dealing with another medical issue on a July episode of his podcast Hotboxin’ with Mike Tyson.

In the episode, Mike spoke with therapist Sean McFarland, who specializes in trauma and addiction. In their discussion, Mike gave a pretty jarring statement about his death. “We’re all gonna die one day, of course,” he said to Sean, adding, “Then, when I look in the mirror, I see those little spots on my face, I say, ‘Wow. That means my expiration date is coming close, really soon.’”

Mike also spoke on how having money doesn’t equate to happiness and that it provides “a false sense of security.”

However, it was Mike’s comment regarding his “expiration date” that seemed to stick with fans. The ex-pro boxer has yet to explain exactly what he meant by that statement, but we’re all hoping that his health improves soon.