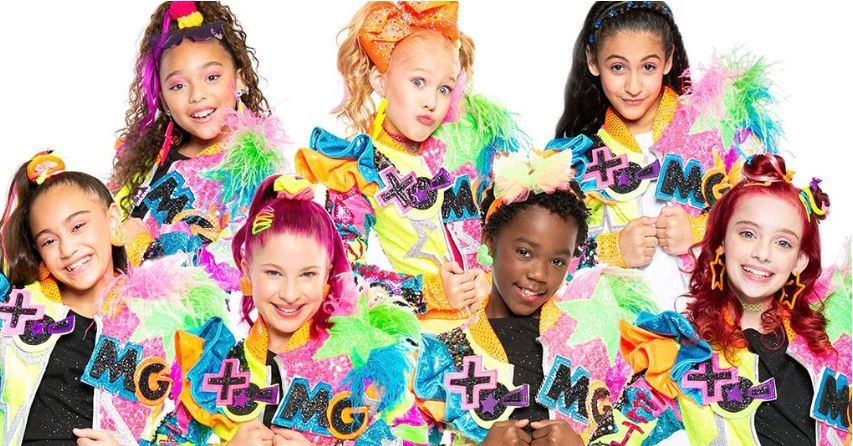 Who are the cast of XOMG POP, and what are their ages? JoJo and Jessalyn Siwa’s new girl Group, XOMG POP is to empower young girls.

Most people met bubblegum pop star and YouTube personality JoJo Siwa when she was just a young girl competing on Dance Moms. Since then, JoJo has achieved massive success as a professional dancer, singer, businesswoman, and television star.

After her historic journey on Dancing With the Stars, JoJo seems to be sticking with reality television. In late 2021, NBC’s streaming service, Peacock, debuted Siwa Dance Pop Revolution.

The reality competition series brings viewers along as JoJo and her mother, Jessalynn, assemble the next big thing in the music industry — XOMG POP! Each week, 11 young girls vie for a spot in the group; during the final episode, JoJo and Jess introduce fans to the official members of the girl group.

If you or your children are eager to discover who makes the cut, stick around and keep reading as we learn all about the rising stars that make up XOMG POP!

Meet the members of XOMG POP!

The first official XOMG POP! YouTube video allows fans of the brand-new pop group to get to know each member. From their favorite dance move to what excites them the most about being a part of the group, you and your kids will be sure to know who they are by the end of the clip.

Kiya Barczyszyn is a 13-year-old from Boise, Idaho, and her favorite dance move is the Nae Nae.

Brooklynn Pitts is 12 years old, and she’s from Texas. She says that the advice JoJo gives and her overall inspiring persona makes the experience so much more enjoyable.

Leigha Rose Sanderson is a bubbly 15-year-old from Dallas, Texas. Her favorite part about being a part of XOMG POP! is that she gets to work with JoJo and Jess, and of course, it’s the opportunity of a lifetime — who could pass this up?

Dallas Skye Gatson is the cutest 11-year-old ever, and she’s from Los Angeles, Calif. She loves executing the floss dance move, and her favorite song is “Nobody Can Change Me” by the one and only JoJo Siwa.

Kinley Cunningham is an energetic 11-year-old Cali native. She seems to really look up to JoJo, and she’s so excited to fulfill her dream of becoming a pop star.

Tamara “Tinie T” Andreasyan is the pop group’s official rapper. The 11-year-old, like Dallas, is also from Los Angeles; her favorite song is “The Monster” by Eminem and Rihanna, and she hopes to inspire future generations to be who they are and follow their dreams.

Last but certainly not least, it’s time to meet Bella Cianni Llerena! Bella is a sweet 11-year-old from Miami, Fla., who loves JoJo’s song “Boomerang.” Though she was initially eliminated from the competition, JoJo took to the official girl group Instagram page to announce that Bella is now officially a part of XOMG POP!

Since appearing on Siwa Dance Pop Revolution, the group has released their first single, “Candy Hearts,” and they are now preparing to head on tour with their mentor, JoJo Siwa.