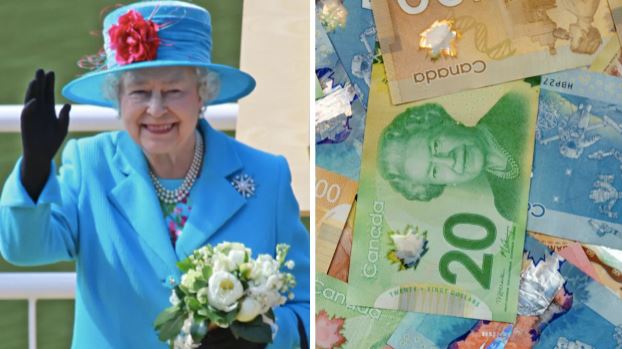 Why is the Queen on Canadian currency and will King Charles III be on Canada’s $20 bill? Here’s what you need to know about Canada’s money changes after Queen’s death.

Much is changing now that Queen Elizabeth II has died and her eldest son has ascended to the throne as King Charles III —including British currency. Charles will eventually appear on new money in the U.K., another new reality to which Brits will need to adjust.

“With the queen’s exceptionally long reign, few have experienced a regime change,” Dominic Chorney of the British Numismatic Society, an organization of coin scholars, told The Washington Post. “It’s hard to quantify the effect the change of a monarch’s portrait will have on the nation.”

Queen Elizabeth II’s death marked the end of her reign as the longest-standing sovereign. Considering Her Majesty Queen Elizabeth II was, in fact, the queen of Canada, her passing means there will be quite a few changes for the country, including Canada’s money.

Following the queen’s death, her successor, King Charles III, has officially come into power, and with a new monarch means new changes to our currency. So, will King Charles III be on Canada’s $20 bill?

Why is the queen on Canadian currency?

As ABC News explains, Queen Elizabeth II appears on coins and 20-dollar bills in Canada because the country is still part of the British Commonwealth, despite having cut legal ties with England in 1982.

Unlike the UK, however, Canada has no plans to replace Elizabeth’s portrait on its currency, according to Paul Badertscher, spokesperson for the Bank of Canada. “The current polymer $20 banknote is intended to circulate for years to come,” Badertscher told ABC News. “There is no legislative requirement to change the design within a prescribed period when the Monarch changes.”

Will Canada’s money be changing after the Queen’s death?

Following the queen’s death, her successor, King Charles III, has officially come into power, and with a new monarch means new changes to our currency. Narcity spoke with the Royal Canadian Mint regarding the future design of Canadian coins and the $20 bill, stating the federal government has “exclusive jurisdiction” over any modifications.

The Mint, which manufactures and distributes Canada’s circulation of coins, said it will “abide by the decision and timetable” from the feds on swapping out Queen Elizabeth’s face for King Charles III.

While the monarch has changed, the legal tender status of existing coins and banknotes has not. This means the $20 bill and all coins bearing Queen Elizabeth II on the reserve can still be used across Canada.

The Mint also stated that there isn’t a required timeline for distributing any new coins. While there is no set timeline, new coins and banknotes would be produced with imagery of King Charles III and be distributed based on demand.

The Bank of Canada also spoke with Narcity regarding the $20 bill, stating that the banknotes featuring the queen’s face “is intended to circulate for years to come.”

“There is no legislative requirement to change the design within a prescribed period when the monarch changes.” So, if you’ve got a stack of $20 with Queen Elizabeth II on ’em or a jar full of coins, they are still good to use.

Will King Charles III appear on new money in the United Kingdom?

Portraits of Elizabeth have appeared on British coins since 1953, the year after her coronation, according to The New York Times, but soon the coins will bear Charles’s image.

Furthermore, as the Times reports, Charles may face to the left in his portrait on the coins, since British monarchs are typically depicted facing the opposite direction as their predecessors. “It may have a practical use in the fact that it obviously marks a difference from the previous reign,” Nigel Fletcher, a teaching fellow at King’s College London, told the newspaper.

Elizabeth was also the first monarch to appear on banknotes from the Bank of England, which says that an announcement about the future of its banknotes is forthcoming. “Current banknotes featuring the image of Her Majesty The Queen will continue to be legal tender,” the bank said in a news release. “A further announcement regarding existing Bank of England banknotes will be made once the period of mourning has been observed.”

Will he appear on new stamps in the UK, too?

New Royal Mail stamps bearing the likeness of King Charles III are coming, too, with officials saying that the new stamps will likely enter circulation next year, according to inews. Peter Cockburn, president of the Royal Philatelic Society London, told the newspaper he expects stamps with a portrait of Charles will be released by Christmas.

On an FAQ page about the queen’s passing, the Royal Mail says unused stamps with Elizabeth’s image remain valid for use, although those without attached barcodes will expire this January. “We will announce future stamp issues at the appropriate time,” the company adds. “We will consult Buckingham Palace in the usual way before making any further announcements. For now, we remember the queen’s lifetime of dedication to public service. There are sufficient stocks to fulfill anticipated demand.”