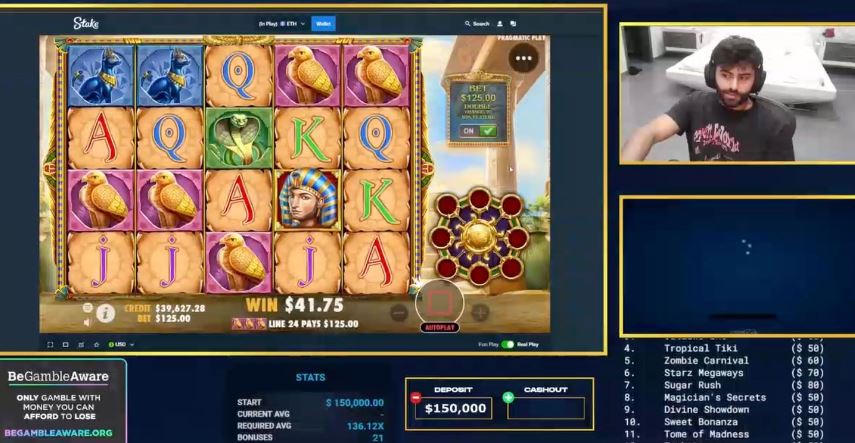 Gambling content on Twitch will soon be heavily regulated — Where can you stream it next?

Following the recent drama involving a plethora of Twitch streamers who create gambling content on the site (followed immediately by other creators being called out for sexual assault), it seems Twitch may be updating its policies.

In case you missed it, Twitch partner and streamer ItsSliker admitted during a stream that he had borrowed thousands of dollars in funds from his fellow streamers to gamble. Though he promised to pay these friends back, many of them claim he has yet to.

This resulted in some of the platform’s other big streamers, like Mizkif and Pokimane, calling for the site to place a ban on gambling content.

As the drama unfolded, Twitch remained quiet on its stance, leaving Slots and other popular gambling games to remain as some of the top-streamed content on the site. But is Twitch finally considering banning gambling?

Twitch announced it will place harsher restrictions on gambling content, starting in October 2022.

In a statement posted to the company’s Twitter page, the streaming giant announced on Sept. 20 that it would be updating its policies on streaming gambling content starting Oct. 18.

“While we prohibit sharing links or referral codes to all sites that include slots, roulette, or dice games, we’ve seen some people circumvent those rules and expose our community to potential harm,” the statement reads.

“So, we’ll be making a policy update on October 18th to prohibit streaming of gambling sites that include slots, roulette, or dice games that aren’t licensed either in the U.S. or other jurisdictions that provide sufficient consumer protection,” the statement continues. “These sites will include Stake.com, Rollbit.com, Duelbits.com, and Roobet.com. However, we may identify others as we move forward.”

For now, the platform will continue to allow content around sports betting, fantasy sports, and poker.

What platforms still allow you to stream gambling content?

Twitch’s changes to its gambling policies will leave some users in the lurch as to where they can stream their usual content — but are there other sites that will allow you to stream gambling games?

At this time, Facebook Gaming currently does not list gambling as prohibited content under its Community Guidelines or Community Standards, so you’ll likely be able to find this kind of content on the site following the ban on Twitch.

YouTube Gaming‘s policies only allow links to gambling sites that have already been certified by Google Ads or reviewed by YouTube, though it doesn’t offer a clear list of which sites are verified or prohibited. Users are prohibited from linking to or promoting these non-approved sites.

Unfortunately, since these two sites are some of Twitch’s biggest competitors and are currently home to most of the big streamers who are not on Twitch, it doesn’t seem as though there are many options for players who have built their following on gambling. While it’s possible other sites will pop up in the future that allow less regulation of gambling content, for now, it seems as though it’ll soon be harder to find online.