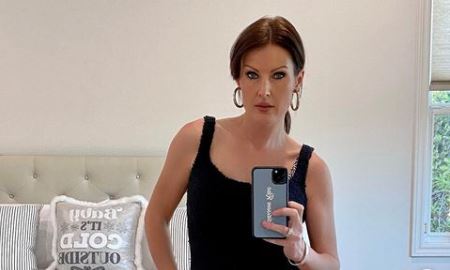 This is what Sheri Easterling Nicole, Addison Rae’s mother has to say about her husband, Monty Lopez‘s cheating habit lately.

After all the controversy involving Monty Lopez and the betrayal of the mother of Addison Rae, Sheri Nicole has spoken in a write-up she shared on her Instagram stories.

In the post, she thanked the messages of affection from her loved ones and revealed that her greatest concern is and always will be her children and their fragile hearts and minds. “I hope she and her children are doing well”, she added.

For the past few weeks, Monty Lopez has been trending as he moves from one woman to the other and riding on her daughter, Addison’s fame.

After the backlash of the videos of Monty hitting on girls at the bar, Renee went public and exposed Monty in her stories and also said that she’s been with him for 5 months. She noted that she will speak when she’s ready.

This comes after the father of TikTok star Addison Rae, Monty Lopez, has been accused of cheating on his wife Sheri Easterling in two videos that are sparking backlash across social media.