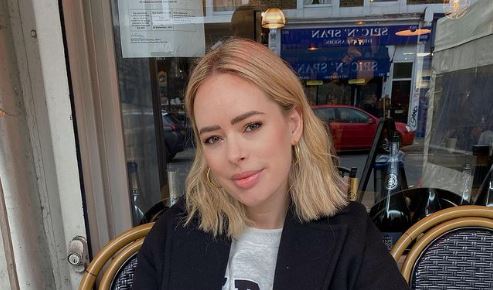 Tanya Burr’s net worth: How much money does Tanya Burr make? Is Tanya Burr rich? Read on to find out about the net worth and salary details of the YouTuber.

Tanya Burr is an English YouTuber and actress, who began posting makeup and fashion videos to her YouTube channel in 2009. In 2017, Burr began pursuing a career in acting and has since had guest roles in series such as Bulletproof and Holby City, as well as the 2021 film Twist.

In terms of success as a YouTuber, Tanya Burr has proven her staying power. By maintaining a devout following on the platform for over a decade, Tanya’s career has exploded to include legitimate acting roles as well as a variety of other high-profile gigs.

For however many millions of fans may be familiar with Tanya thanks to her acting work and social media presence, many may not be as familiar with the details of her personal life. She has made a fortune for herself, so how much is Tanya Burr worth?

What is Tanya Burr’s net worth?

Tanya Burr is an English vlogger, blogger, author, and make-up artist who has a net worth of $2 million. Burr’s main source of income is from her YouTube career, and being an entrepreneur. She is best known for having her own fashion and beauty channel on YouTube. Burr released her cosmetics line Tanya Burr Cosmetics in 2014.

Tanya Burr was born in Norwich, Norfolk, England in June 1989. Her self-titled YouTube channel was created in 2009 and she started doing make-up tutorials centered around how to look like celebrities. Her YouTube channel has more than three million subscribers and more than 240 million views. Her autobiography and non-fiction beauty guide Love, Tanya was published in 2015. Tanya married YouTube star and vlogger Jim Chapman in 2015.

Why did YouTube couple Tanya Burr and Jim Chapman split up?

The YouTube stars met when they attended the same sixth form in Norwich and were together for 12 years.

They started dating in 2007 and stayed together until 2019 when they decided to end their marriage of just under four years.

The pair – who shared net worth of £4 million –  tied the knot at Babington House in Somerset in 2015 but chose not to share the special day with their followers.

The Norwich-born couple splashed out £2 million on a four-bedroom home in London, where they had been living with their dog.

On March 12, 2019, Tanya issued a statement on Instagram saying: “Just wanted to let you all know that a few weeks ago Jim and I made the painful decision to no longer be together.

“We have a huge amount of love and respect for each other and will continue to remain friends forever.

“Thank you in advance for respecting our privacy at this difficult time.”

Jim added: “After twelve incredible years, Tan and I have decided to go our separate ways.

“We’re still absolutely the best of friends and have nothing but love and respect for each other. We will continue to support one another in all of our ventures and are both looking forward to what the future holds.”

Jim later commented again on their split in an episode of Diary of a CEO, where he said: “We conquered the world together. We were both parts of that first breed of influencers and we had a wicked time. And then we grew up together.

“It was as simple as growing up in slightly different directions.”

He added that the decision to break up wasn’t hard saying, “We both knew we deserved better.”

Well, the star just made a huge reveal in that realm by sharing that she is now pregnant, and fans are clamoring for all of the details. So, who is Tanya dating? Keep reading for everything that we know about the situation as it currently stands.

Who is Tanya Burr dating now after split from Jim Chapman?

On June 14, 2022, Tanya announced the news that she is expecting her first child.

The YouTube star posted a black and white photo of her bare baby bump with his and her hands captioned: “We love you so much already little peanut.”

She is yet to reveal who her partner is, but has mentioned how to wishes to keep more of her personal life private.

“I overshared at the beginning [of my online career] without realising the effect it would have, so I really reined it in.

“I’ve been quite private for a few years now and my audience are used to it, so they don’t expect anything anymore.”

Speculations about her new man first appeared in September 2021, when she shared a post with a mysterious man on Instagram.

In a string of pictures, she shared a glimpse of the long bank holiday weekend last August, followed by the caption: “bank hol camera roll”.

And while most of the pictures were snaps of her featuring her outfits of the day, in one of them she uploaded a close-up image with someone.

The image featured someone’s hands wrapped around her waist which is when her fans started to speculate that she is in a new relationship after her divorce from Jim Chapman.