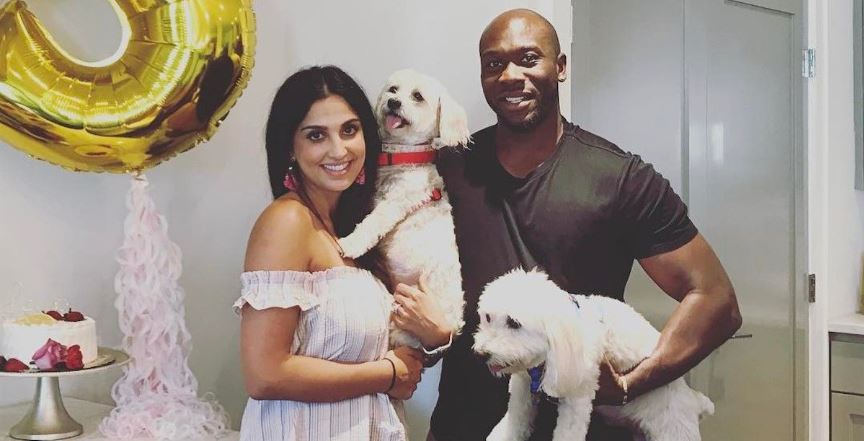 ‘Southern Charm’ season 7 star Leva Bonaparte is a business partner with her husband and together they have a son.

More than a year after Season 6 concluded, Southern Charm is set to return to the small screen for a seventh season with several new cast members and a whole lot of drama.

People began buzzing about Season 7 in the spring of 2020 when Cameran Eubanks Wimberly announced that she was leaving the show. She posted a statement around the time when Kathryn Dennis allegedly started a rumor about Cameran’s husband being unfaithful (though she said she made her decision months earlier).

Cast members Naomie Olindo and Chelsea Meissner soon followed suit, and they also departed from the series. Season 6 star Eliza Limehouse is not returning either.

Leva Bonaparte (née Nowroozyani) is one of the new additions for Season 7, and she has a long history with many members of the cast. Though she and Kathryn are two of the only moms on the cast now, it doesn’t mean that they’ll be getting along.

Fans are already loving Leva for calling Kathryn out for her past racist tweets and demonstrations of privilege.

Who is Leva Bonaparte‘s husband? She’s a married mom of one, and she’s in business with her spouse.

The new Southern Charm star wed Lamar Bonaparte in 2013, and the two are partners in both life and business. They own several restaurants and bars on Charleson’s famous King Street, including Bourbon N’ Bubbles, 1st Place, Republic Garden & Lounge, and Mesu. The latter restaurant is also partly owned by Leva’s co-star, Craig Conover.

The two met on Leva’s 29th birthday, and they bonded over their strong work ethics.

Those who stalked Leva on Instagram before Season 7 debuted may have noticed that the restaurateur rarely posts content with her husband. Many viewers were surprised, then, when Lamar also appeared on the show.

Leva explained to Decider that Lamar wanted to be on the show to support her, but that it’s definitely not something he’s overly comfortable with.

“My husband’s a super private guy. He doesn’t even like taking pictures. It definitely is far from his wheelhouse of comfort. But he’s excited for me, and he knows that I was having a great time and that I enjoyed it. It was sort of a no-brainer for me: it was like the universe was handing it to me, and I was like, ‘OK. Time to put your big girl pants on and do this thing,'” Leva shared. “So he’s very supportive.”

Longtime fans of Southern Charm have seen their fair share of slightly dysfunctional relationships over the years (read: Kathryn and Thomas, Austen and Madison, and Craig and Naomie), so it’s quite refreshing to see the solid foundation that Leva and Lamar have.

Who is Leva Bonaparte’s son?

Though Leva originally joined the series to be alongside her real-life bestie, Cameran Eubanks Wimberly (who decided not to continue after Kathryn spread a rumor about Cameran’s husband), she’s already making a splash on Southern Charm with the other cast members.

In addition to owning and operating several top Charleston bars and eateries with her husband, Lamar Bonaparte, Leva is a proud mom to her two-year-old son, Lamar Jr., aka “Little.”

He was born on Jan. 29, 2018, and she’s chronicled his milestones on Instagram. She’s also gushed about her love for her son.

“Everything for you baby,” she captioned over a black and white shot of her and her son sitting on their front stairs.

Lamar Jr. had a cameo on the Nov. 5 episode of Southern Charm, and fans are hoping he’ll be making more appearances on the show (as long as Leva gives him a cake pop first).

What is Leva Bonaparte’s job?

Leva and Lamar clearly are both life and business partners. The two are involved in the Republic Development and Management Group and 26 Industries, which is a marketing and event management firm. They have renovated, updated, and transformed nightclubs and restaurants in the Charleston area. In addition, they operate several eateries of their own.

In September of 2019, they opened Mesu, a Mexican and sushi fusion restaurant. Their business partner for Mesu is none other than Southern Charm star Craig Conover.

Leva and Lamar also own Republic Garden & Lounge, and Bourbon N’ Bubbles. All of their establishments are on King Street, which is one of Charleston’s most recognizable and famous streets.

They are set to open 1st Place Pub, a sports bar, too.