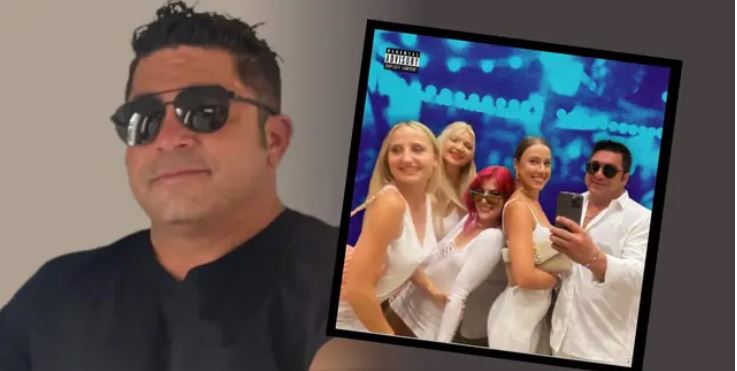 The beef between Monty Lopez and Yung Gravy has officially reached ‘diss track’ status after the artist was spotted kissing his ex on the red carpet at the VMAs.

Since that happened, it was only a matter of time before Monty would drop a song about the 26-year-old, after teasing one on social media.

In the new record, Addison’s dad once again called out Gravy for an influencer boxing match which – at the time of writing – has not been accepted or refused.

The track, which runs for one minute and 31 seconds, starts with: “Hey Lil Gravy, this is for you bro. F**k you and f**k those hoes.”

In a later line, he says he is Michael Jordan but Yung Gravy is not Scottie Pippen, referring to two of the Chicago Bulls’ best-ever NBA players.

There is a good chance that this isn’t the last we have seen from Monty in the music business, either.

In a verified Spotify artist bio for Monty, it says: “Rapper and aspiring DJ living in Los Angeles, California. Monty Lopez recently teased his debut EP by dropping a Murda Beatz-assisted track called “Leftovers” which was immediately recognized as a platinum hit.”

Platinum hit is an unlikely status for the record, however, as they are usually granted by the Recording Industry Association of America (RIAA) for reaching over one million copy sales. For context, Monty has just 1,000 followers on his artist page.

Anyway, who will be next in his crosshairs for a diss track – Sheri Easterling? Tana Mongeau? We shall have to wait and see.