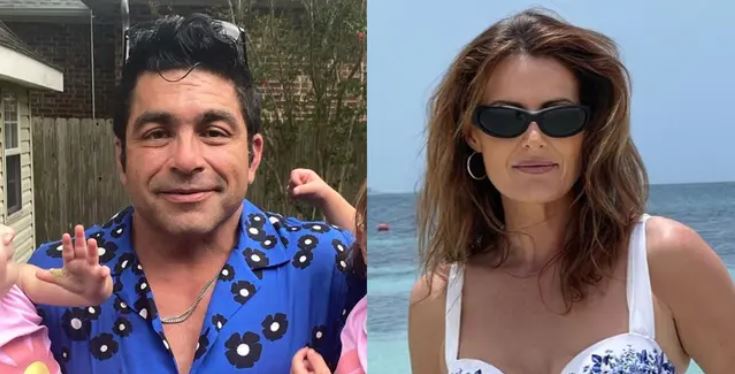 Addison Rae’s mother has sparked dating rumors with rapper Yung Gravy after the duo were spotted kissing at the VMAs red carpet, and her husband, Monty Lopez has responded.

Addison Rae is one of TikTok’s biggest stars, but it’s her parents, Monty Lopez and Sheri Easterling, that have been at the center of the drama in the past few months after it was alleged in June that Lopez had cheated on Easterling.

During a podcast appearance following the drama, rapper Yung Gravy said that he “has a thing for MILFs” and teased that he and Sheri were “going on a date soon.”

On August 28, Sheri and Yung Gravy then attended the VMAs together in color-coordinated outfits, with clips of the pair sharing a kiss gaining a large amount of traction on social media from shocked fans.

Shortly after, Monty shared his opinion on the unexpected pairing on his Instagram story.

“Unbothered!” he said. “Thank you @yungravy for taking the leftovers! I would rather spend time with my daughter and 2 grandkids that Sheri Nicole made me abandon as a child in order to be with her! Never let a woman make you choose between her and or your blood child.”

Monty and Yung Gravy have previously been feuding via TikTok, where Monty even challenged the rapper to a boxing match.

Both Monty and Sheri are facing a huge amount of backlash on social media, with fans and non-fans alike expressing their frustration on behalf of Addison.

Addison hasn’t responded to the VMAs drama at the time of writing, but it looks like Sheri and Monty could be set to continue their public feud despite the backlash.