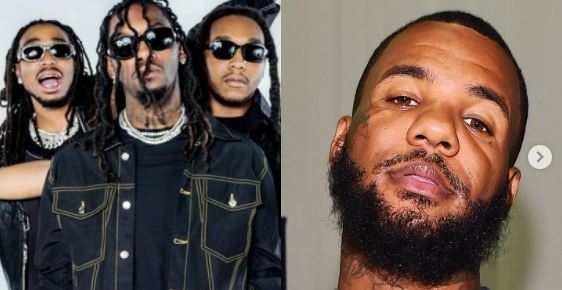 The Migos is an American rap group that comprises Quavo, Offset, and TakeOff. The Migos have made countless hits with some I bet you can sing word for word.

For a while now they have been releasing solo tracks on their individual separate YouTube channels. This is because it is rumored that they’ve split.

In this split, it seems Quavo and TakeOff are cool but the duo is not fine with Offset. There have been several reasons for their split with some revealing it’s because of money while some netizens also claim it’s because of a woman.

It fired up seriously to the extent that Quavo and TakeOff even unfollowed OffSet on Instagram.

“I don’t know who needs to hear this but we gotta get Offset back in the Migos”, The Game wrote on his Instagram stories.