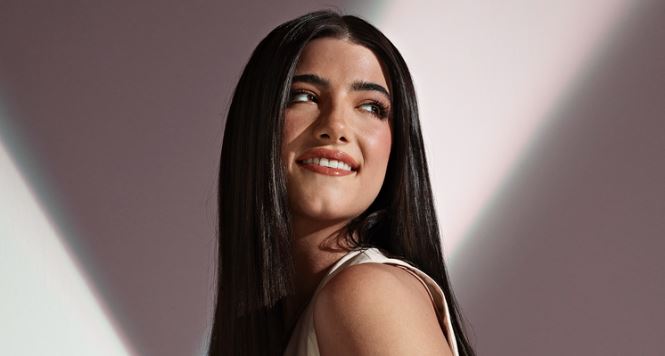 Who are the richest content creators in the world right now? Forbes has announced the highest-paid creators in 2022.

Money. Fame. Moxie. That’s what it takes to qualify for Forbes’ first-ever ranking of the most powerful influencers on the Internet. Their compelling, often quirky, content is consumed by millions–and the world’s top brands happily spend millions to sponsor it.

Take Charli D’Amelio, who ranks second on our list. Along with her sister Dixie (#21), the 18-year-old has parlayed self-shot short dance videos into an empire. Charli has 145.5 million followers on TikTok. That’s fame. She has her own perfume (Born Dreamer), a clothing company (Social Tourist, in partnership with Abercrombie & Fitch’s Hollister), plus an early-stage VC fund. That’s moxie. She earned $17.5 million last year and her sister pocketed an additional $10 million. That’s serious money.

Although in Forbes list, the site listed the top 50, TheVibely is only presenting the top 10. Overall, Forbes 50 Top Creators have amassed a combined 1.9 billion followers across Instagram, TikTok, and YouTube. In aggregate they made $570 million in 2021. Their average age is 31.

Stunts like spending 50 hours buried alive and attempting starvation for 30 days are well worth it when they net $54 million a year. The predictably high viewership of antics like these explains why Jimmy Donaldson AKA MrBeast has made most of his money from ads on his YouTube videos.

MrBeast earned the No. 1 spot on this list not only because he’s making more than anyone else, but also because his restaurant concept, MrBeast Burger, is a truly entrepreneurial mechanism for the YouTuber to monetize his fame. Rather than invest in cooking equipment or delivery infrastructure, MrBeast created the ghost kitchen operation in December 2020, in which people order a MrBeast Burger online and an affiliated restaurant with extra staff prepares the order for delivery.

In 2021, 18-year-old Charli D’Amelio was the highest-earning TikToker, making $17.5 million from her casual clothing brand Social Tourist (a joint venture with Hollister and sister Dixie), Hulu show the D’Amelio Show, and deals with brands like Invisalign, Morphe and Dunkin’. While she still posts videos of dances, D’Amelio also devotes much of her content to pushing her own brands and partnerships.

A huge part of this is D’Amelio Brands, her family’s consumer product company, which nabbed a $100 million valuation as a pre-revenue, pre-employee, and pre-product company, as it has publicity rights to the whole family and will make D’Amelio-branded products in areas like skincare and footwear. She and her family also launched a $25 million venture capital shop 444 Capital to back nascent companies in everything from insurtech to consumer brands.

Talking about sex—her own, as well as that of friends and celebrities—has made former college soccer player Alexandra Cooper into a multi-millionaire. Cooper started her fornication-focused podcast, “Call Her Daddy,” with her former roommate Sofia Franklyn. After the two gained popularity, they signed a deal to produce the podcast under Barstool Sports. After parting ways with Franklyn in 2020, Cooper signed a reported $60 million deal to bring the podcast to Spotify. Cooper’s turned raunch to riches, and the podcast is currently ranked the No. 1 female-focused podcast on Spotify globally.

Remember when the most entertaining internet content was photos with funny captions—otherwise known as memes? Well, that time is long gone, but original mass-market meme maker FuckJerry, helmed by Elliot Tebele, has diversified into games, tequila, and television to stay relevant. It’s working. The company’s card game, What Do You Meme, has become somewhat of a family recreation staple–it’s currently Amazon’s 17th most popular board game. The company’s JAJA tequila, marketed as a memefied Casamigos, launched in 2018 and is sold at restaurants and liquor stores around the U.S. Read More

Of all the creators on this list, Emma Chamberlain has one of the highest engagement rates, with nearly 12% of her Instagram audience engaging with her content (that’s extremely high for someone with 15 million Instagram followers). Chamberlain, who dropped out of high school before even tasting fame, is known for her wit and deadpan humor, which have helped make her a popular vlogger. She’s also the founder of Chamberlain Coffee, a premium coffee and tea brand that happens to sell a ton of merchandise and raised a $7 million Series A. She’s also done a major deal with Louis Vuitton.

Growing up in Oklahoma City, Oklahoma, to Iraqi-born parents in a mostly white Baptist neighborhood, Huda Kattan was frequently bullied for her ethnicity. At 12, she started wearing heavy makeup as a comfort. “I always felt like a misfit,” Kattan told Forbes in 2018. “Even now, I still struggle with this a little bit. And I think that’s what probably motivates me so much.”

She’s one of the earliest creators on this list as she started her beauty blog in 2010. That led the then-financier to start booking clients and eventually start her own cosmetics line, Huda Beauty, launching with false lashes. The brand has expanded into skincare and all sorts of cosmetic goodies, retailing direct-to-consumer and in stores like Sephora around the world, helping Kattan reach a net worth of $400 million, making her one of the richest self-made women in the world.

McLaughlin and Link met in 1984 during first-grade detention after writing profanities on their desks and later performing comedic sketches in grade school. Now, the North Carolina State University grads deliver sketch comedy to some 5 million YouTube fans. The two made Forbes’ 2022 Highest-Paid YouTube Stars list earning $30 million in merchandise, festival and solo show appearances, music sales, and endorsements. They’ve also started their own $5 million accelerator fund to jump-start the careers of other creators.

With more than 146 million TikTok followers, Khaby Lame is now the most-followed TikToker in the world (he surpassed Charli D’Amelio in June). The 2022 Forbes 30 Under 30 Europe honoree creates comedy skits that mock overly complicated “life hacks”—all without saying a word. Prior to establishing himself online, Lame lost his job as a factory worker in Italy at the onset of the pandemic. Now, at age 22, the Sengalese-born creator is becoming the face of Web3, signing a deal with cryptocurrency exchange Binance in July 2022. He’s also inked partnerships with soccer club PSG and fashion house Hugo Boss. Altogether, Lame made $10 million in 2021, Forbes estimates.

Growing up in a trailer in Lafayette, Louisiana, Addison Rae Easterling never expected to obtain 88 million TikTok followers and make over $27 million. But trained as a competitive dancer, Easterling’s ability to bring a song to life with her own versions of popping, locking, and dropping, has made her an entertaining follow for people around the world. While other TikTokers have cross-platform chops, Easterling is a grande dame. She got partnerships with Pandora, Vital Proteins, American Eagle, and a multi-million-dollar Netflix deal. She’s also the founder of cosmetics line Item Beauty, which retails direct-to-consumer and via Sephora.

Jake Paul has made millions switching from prankster to pugilist. Paul—who got his start with controversial YouTube spectacles like eating IcyHot and throwing water balloons at women—now makes most of his money as a boxer. The trash-talking Paul uses his social reach to build hype and drama, around his boxing and MMA matches, which he streams to his 20.4 million subscribers—converting eyeballs into massive merchandise and advertising dollars.