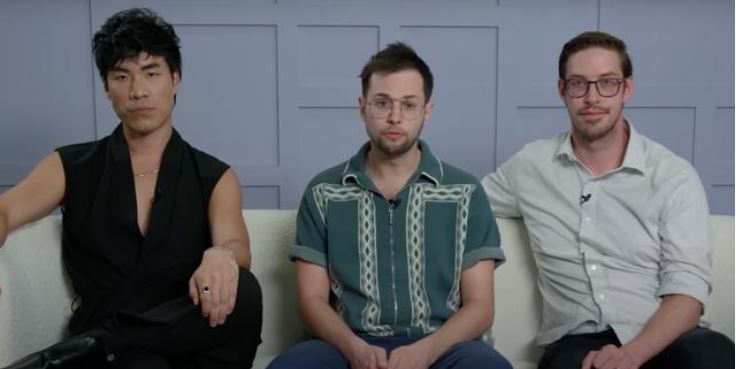 The Try Guys have put out a new YouTube video outlining the recent Ned Fulmer situation and how they plan on moving forward without him on the team.

After news that Try Guys manager Ned Fulmer had been cheating on his wife Ariel Fulmer was made known to the public, Ned was soon let go from the company.

In a brand new video called ‘what happened’, Try Guys trio Eugene Lee Yang, Zach Kornfeld, and Keith Habersberger spoke about the recent news of Ned’s cheating scandal and subsequent dismissal. Straight out of the gates, Zach reiterated to viewers that, “Ned Fulmer is no longer working with the Try Guys” and that this video will serve as a “timeline of what’s transpired” as well as provide some “transparency into [their] decision making” in regards to Fulmer’s dismissal.

However, Zach did state that there are certain pieces of information they won’t be disclosing yet due to the legality of the matter. Keith then took over, providing a recount of when and how the three Try Guys first found out that Ned was having an affair.

“On Labour day weekend, multiple fans had alerted us that they had seen Ned and an employee engaging in public romantic behavior,” began Habersgerger. They then brought up the matter with Ned who confirmed that the affair had been going on “for quite some time”, news that Keith described as “shocking.”

The three then talked about how – after consulting with lawyers, HR reps, and their PR team – they made the decision to move forward with The Try Guys without Ned. Eugene then explained how “contrary” Ned’s actions were “to the values of the company [they’ve] built and of those of everyone who works here.”

“We refused to sweep things under the rug. That is not who we are and is not what we stand for.” The decision to dismiss Ned was made on September 16, 2022. Ned was then removed from all Try Guys content – something eagle-eyed fans had noticed and been pointing out in these past weeks – with the team now also working out “creative ways” to have Ned removed from all future content. This includes the new season of ‘without a recipe’ as well as any other videos the team had recorded ahead of time.

And while the three made it clear that they do not in any way condone Ned’s actions, they do acknowledge how saddened they are both “personally” and “on behalf of staff and fans who believed in us.”

“It’s hard to rewatch old videos we love and are proud of,” Zach added. “We’re losing a friend, we’re losing someone we built the company with, we have countless memories with.”

Before wrapping up the five-minute-long explainer video, Keither thanked the family and staff members who have helped the three of them “navigate” the situation, expressing gratitude for the support they have been offered in this time.

The trio then asked their viewers and community to “respect the privacy of the family members and employees who may be caught up in this,” with Eugene adding that “the internet has a tendency to be a lot harsher towards women than men. So please, we ask that you exercise kindness.”

Finally, Zach ended the video by labeling this moment as an “opportunity for positive growth” for the Try Guys brand, promising that they will be revealing more details in the future about Ned. That there is new content on the way and that there will likely be big “changes” coming to the channel.