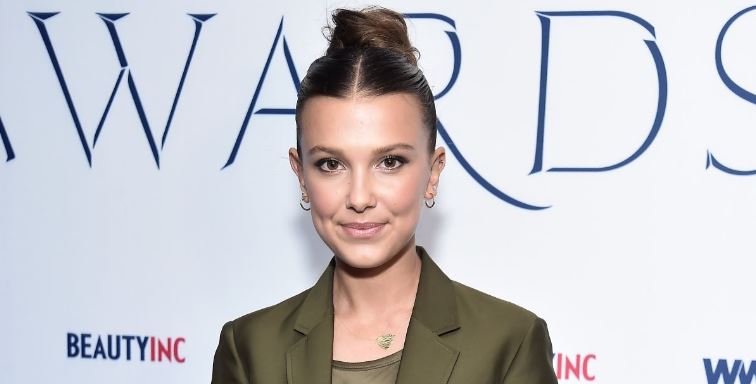 How did Millie Bobby Brown get her start in the acting business? Check out how the ‘Stranger Things’ star started.

As the teen queen of Hollywood, Millie Bobby Brown is one of the top young actresses in the business at the moment. The 18-year-old was the youngest Emmy nominee in 2017 and was nominated the following year for “Outstanding Supporting Actress” in a Drama series.

Millie can be seen starring in the new Netflix film Enola Holmes and even signed on as a producer of the movie. With numerous brand deals, her own skincare line called Florence by Mills, and a flourishing acting career, Millie continues to be a sought-after actress in the business.

So, how did she get so famous? Keep reading about the roles that propelled Millie to stardom.

How did Millie Bobby Brown get famous?

Before becoming known around the world for her role as Eleven in the hit Netflix series Stranger Things, Millie was a normal kid. Well, as normal as anyone who is trying to break into the acting world would be. The London native moved with her parents at the age of eight after she made it known that she wanted to pursue a career in acting.

Though she never took an acting class or trained at a professional level, her parents obliged.

Millie secured a few guest spots in shows such as Modern Family and Grey’s Anatomy. But, before landing her iconic role in the syfy show Stranger Things, she played the lead role in the one-off season of BBC’s Intruders. Though the writers of the Netflix series, Matt and Ross Duffer, were not aware of the young actor’s talent in the British television show, their idol Stephen King was.

“Millie Brown, the girl in Intruders, is terrific. Is it my imagination, or are child actors a lot better than they used to be?” the famed author tweeted (via Entertainment Weekly).

After landing the unknown role of Eleven, which was mainly nonverbal in Season 1, Millie’s iconic death stare is what really captivated seasoned Hollywood pros and audiences.

“We have yet to give her something that she’s unable to do,” Matt Duffer told Variety in 2017. “I can throw this girl an incredible fastball, she’s going to hit it. It’s like a singer who can hit any note. Her range is just absolutely incredible. I have yet to see any limits to it.”

Stranger Things co-star David Harbour called the young star the next Meryl Streep. “I’m leery of blowing too much smoke up her already well-filled smoke ass,” he said. “Because I do feel that when I’m in the nursing home, I would like to be able to watch movies with her in her 30s and have her become Meryl Streep. She has the potential for that to happen.”

Did Millie Bobby Brown get a tattoo?

In the Netflix series Stranger Things, Millie’s character, Eleven, sports a “011” tattoo on her wrist. Many fans thought this was just a temporary tattoo (for now) that the actress wears while filming, however, it turns out she has that in real life.

However, some fans have spotted Millie with a dinosaur on her arm and another image on her shoulder while filming TikTok videos with her friend and co-star Noah Schnapp.

Though Millie has not confirmed if these are real, we think it’s safe to assume they are just temporary tattoos as well.

Eagle-eyed fans have noticed that Millie has gotten three tiny ink designs over the years.

Millie has a 011 on her wrist, just like her character Eleven in Stranger Things. In a photo, you can see the actress has a small heart placed on her clavicle. In another photo posted by Millie’s BF Jake Bongiovi, it appears that she has a rose tattoo on her back.