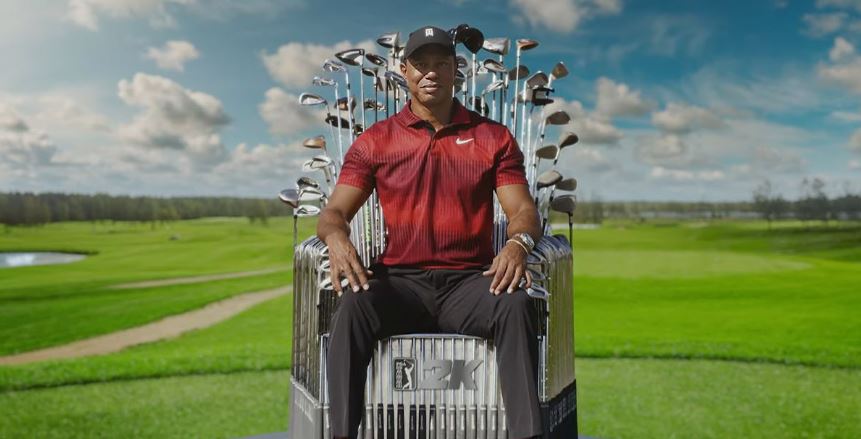 Golf Game fans are divided between ‘PGA Tour 2K23’ and ‘EA Sports PGA Tour’ – are they the same and what’s the difference?

It’s not often that the video gaming market is over-saturated with a specific genre of sports games, but the upcoming releases of two distinct golf games are certainly noticeable. PGA Tour 2K23 is set to release on Oct. 14, 2022. The game features renowned golf legend Tiger Woods on the cover art for the game. The latest installment of the ongoing PGA Tour franchise boasts several playable golf pros, new controls, and new courses.

But that’s not the only golf game set to release in the future. EA Sports PGA Tour is currently set to come out. The game is the long-awaited revival of EA Sports’ golfing game franchise. The game was previously delayed multiple times before settling on a vague release window in Spring 2023.

With both games coming out, golf game fans are wondering what the differences are between them and which one they should get. For many, the choice is obvious.

In late August 2022, PGA 2K23 unveiled an official announcement teaser. The first trailer showed off some playable characters and the high-quality graphical fidelity we can expect from the title.

Meanwhile, news and info on EA Sports PGA Tour have been remarkably light. Aside from a barebones FAQ page about the game’s features and social media pages that you can scroll to the bottom of, there’s been little information on what the game will feature in terms of gameplay.

But with similar mission statements backing both titles in terms of bringing new life to virtual golf, fans are already deciding between the two games.

In a Reddit thread on the PGA Tour subreddit, one player opened a discussion by saying:

“I don’t wanna buy two golf games in the same year, so which one should I be getting? I know [2K23] releases earlier, but does [EA Sports PGA Tour] look like the better version, or is it just going to be outclassed?”

Several fans chimed in, but many echo the same sentiment. They’re going with 2K23 simply because it’s not EA.

The infamy surrounding EA (Electronic Arts) as a video game company is so sprawling that the controversy itself has its own Wikipedia page. To put it simply, the company is constantly receiving backlash for its anti-consumer practices and its tendency to acquire popular fledgling studios only to dissolve them. In 2018, EA was named the fifth most hated company in the US by USA Today.

Redditors all had similar things to say about the decision between PGA 2K23 and PGA Tour.

One person wrote, “Microtransactions for courses already in the game vs. crazy amount of recreated legit courses? I’ll take 2K all day.”

There isn’t much to say about the differences between both games yet other than one has some gameplay footage while the other has none. But for many prospective golf gaming fans, not supporting EA by purchasing PGA 2K23 instead seems to be the majority conclusion.