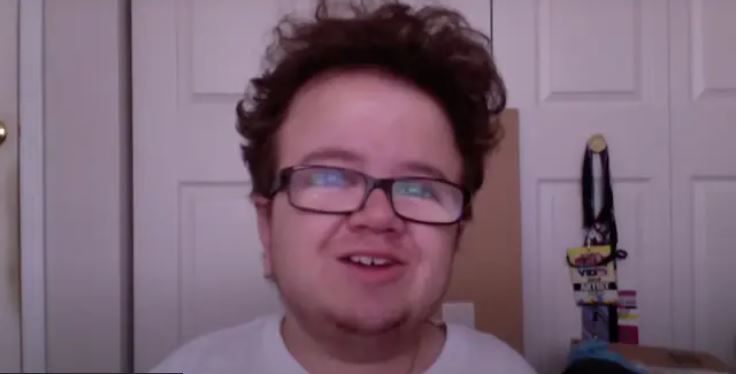 In a GoFundMe set up by the family, they explained that Keenan had open heart surgery 12 days prior, and although he was starting to recover, “complications arose that he couldn’t overcome.”

“Keenan had Maroteaux-Lamy syndrome, which is a progressive condition that causes many tissues and organs to enlarge, become inflamed or scarred, and eventually waste away,” they explained. “He was first diagnosed at the age of 1. Because of his rare disease, he has had countless surgeries over his short life including a bone marrow transplant.”

Keenan rose to internet fame in the early 2010s, thanks to the lip-sync videos he uploaded to YouTube which went on to get millions of views.

The viral star collaborated with a number of different celebrities, including Katy Perry, Justin Bieber, 50 Cent, and many more.

“Thank you to everyone that made Keenan’s short life memorable,” his family continued. “He will be missed by all who knew him.”

Keenan’s social media has been flooded with messages of love from fans across the world.

The post on Keenan’s official Facebook page went on to say: “Keenan is an inspiration and let’s celebrate by remembering all the content he created, artists he collaborated with, music he produced and the love he had for everyone who supported him over the years.”

What was Keenan Cahill’s net worth?

The famed YouTuber had an estimated net worth of $425,000, according to Celebrity Net Worth. The outlet notes, his songs, and videos on YouTube contributed majorly to his overall fortune.

His channel on YouTube, which goes by his own name, was started in 2010, with his lip-sync videos gathering attention from big names like Katy. He last posted on his official account three weeks ago, just before going into open-heart surgery.

The YouTuber was open about the genetic disorder Maroteaux-Lamy syndrome, from which he developed a dwarf-like appearance.

He boasted over 722,000 subscribers on the video-sharing platform and more than 20,000 on Instagram.

When he turned 16, he brought many celebrities together, including Katy Perry and DJ Pauly, for a birthday tribute video.

He has also been on multiple tours with famous singers and performed for fans across the globe.