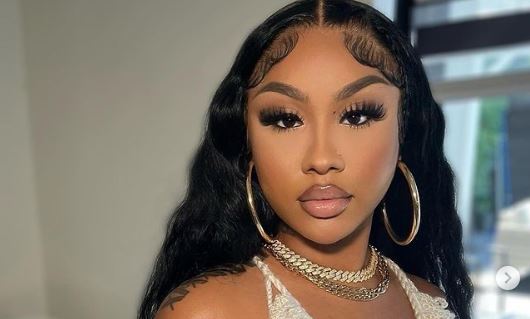 What is Ari Fletcher’s sexuality? Ari hinted at a polyamorous relationship with Moneybagg before their breakup.

In January 2020, the exes of other notable artists created their own power couple when they started dating. Following two years together, Ari informed her fans that her and Moneybagg’s relationship was over. Many fans were shocked to hear the news and are now wondering what caused Ari and Moneybagg’s breakup.

However, Ari once hinted at dating a woman and having an affair alongside Moneybagg Yo being her boyfriend. So, is Ari Flecther a bisexual?

Ari’s “single” tweet came months after she and Moneybagg attempted to move forward in their relationship. In January 2022, the former Savage X Fenty ambassador appeared on Angela Yee’s Lip Service podcast and discussed several details about her romance with Moneybagg. During the conversation, Ari, who is bisexual, informed Angela and her co-hosts that she considered dating Moneybagg and another woman simultaneously.

“I wanna be his girlfriend, and she’s my girlfriend and just fun for him,” Ari stated. “I don’t want him to like her for real unless it’s sexual.”