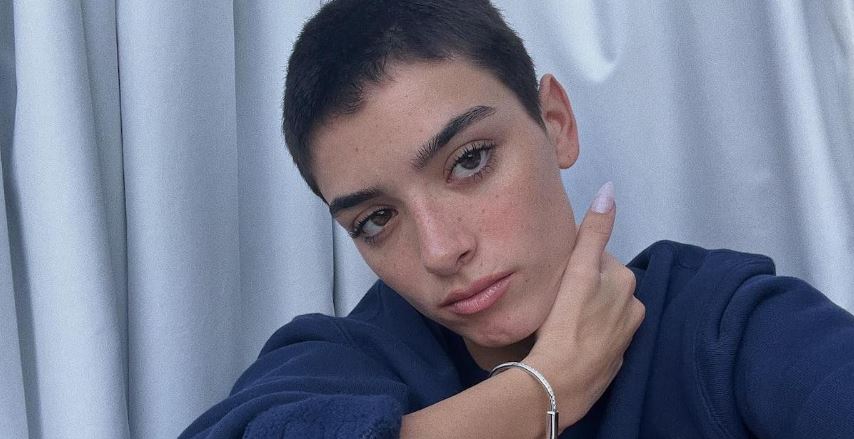 Who is Dixie D’Amelio dating now? ‘The D’Amelio Show‘ reveals relationship woes. Read to see who she has dated in the past.

Although 2020 was somewhat of a drag for most of us, TikTok star Dixie D’Amelio has had an undeniably fantastic year. She landed a main role in the YouTube web series Attaway General, she basically garnered 25 million TikTok followers overnight, and she released an original pop song, titled “Be Happy,” which has gained tremendous popularity.

In addition to her long list of impressive career achievements, the then 19-year-old social media star has also had an extremely successful year romantically. But who is the influencer dating now? Stay tuned for everything we know about Dixie D’Amelio’s boyfriend today.

Back in August 2020, rumors ran wild when Dixie was caught having dinner with fellow influencer Noah Beck. At the time, the two denied anything romantic between them, but the rumor mill went haywire when Noah played Dixie’s love interest in her music video for “Be Happy.” A month later, Noah confirmed to AwesomenessTV that he and Dixie were officially a thing.

For his part, Noah referred to Dixie as his “best friend” and has even said, despite only having been together for five months, that he could see himself marrying her. In an interview with ET, he said, “I could definitely see myself marrying Dixie. And like, that’s the goal, right? … I think she’s my forever person.”

Dixie also confirmed on Twitter that she could see herself with Noah forever. When a fan tweeted, “I have this feeling that u guys will get married someday,” Dixie replied, “Me too.”

Who is Dixie dating now? Fans learned she and Noah broke up on ‘The D’Amelio Show.’

For now, it seems Dixie is single and not in a relationship.

After the first two episodes of The D’Amelio Show Season 2 dropped on Hulu, viewers learned that Dixie and Noah broke up earlier in 2022. The real question is: Did they end up getting back together in the long run?

“I feel like I’m very stressed out about the whole situation,” Dixie said on the show, of her relationship status with Noah.” We’re not really talking right now. We’ve come to that conclusion that we just shouldn’t talk for a little bit, but we’re broken up.”

In a teaser, Dixie said, “The status of our relationship is…” before trailing off. She added, “Everyone should mind their own business.”

Dating one of your co-workers is generally a major faux pas, but Dixie and Griffin made it work … for a time. The social media star dated her Attaway General co-star, Griffin Johnson, according to J-14. For the first half of 2020, there were consistent rumors the two were dating because they spent so much free time together, but they finally set the record straight in July 2020, when Griffin officially asked Dixie to be his “girlfriend.”

Griffin was a long-standing member of the legendary TikTok Sway House, just like Noah was before Sway House disbanded. The 21-year-old is currently studying nursing at Indiana State University, where he’s also a member of the Sigma Phi Epsilon fraternity.

Their breakup was rather messy and filled with cheating accusations.

Before she started dating Griffin, Dixie was in a relationship with her high school boyfriend.

Prior to getting things started with Griffin, Dixie was still dating her high school boyfriend, Matt. Dixie and Matt had been best friends for quite a while, but they decided to take things to the next level in May 2018, according to Stars Offline. Matt was an avid soccer player in high school, and Dixie was on the track team, the lacrosse team, and the varsity hockey team.

Matt and Dixie ended up going to prom together in June 2018, and from then on, Matt made frequent appearances on Dixie’s social media pages, though their posts together have since been deleted. It’s unclear why Matt and Dixie broke up, but it seems as though Matt may have been Dixie’s first boyfriend, and they most likely grew apart after graduation. Either way, though, it seems like Dixie has definitely moved on in the best way possible.

So yeah, it looks like fans will have to keep tuning into The D’Amelio Show in order to learn more about whether Dixie and Noah are still dating today.

Catch new episodes of The D’Amelio Show Wednesdays on Hulu and Disney Plus.