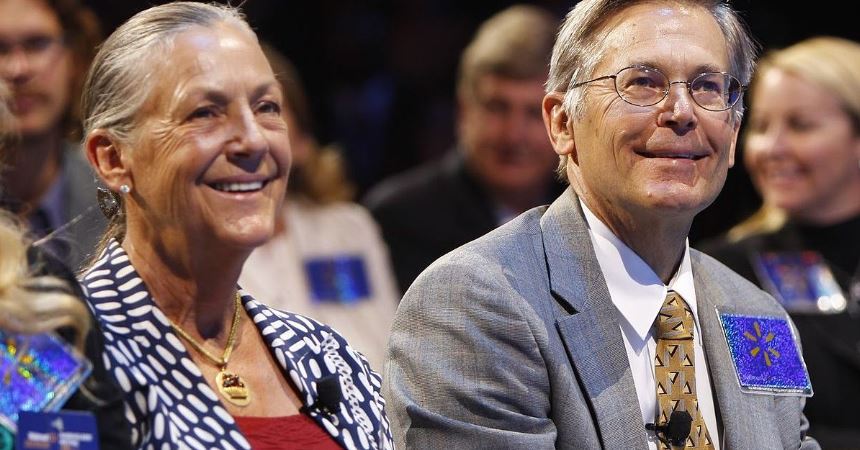 About 1.6 million households fall into America’s top 1 percent based on wealth. In recent years, the lowest annual household income of these was $386,000, but that number excludes all of the capital gains.

Moving up the ladder, the top 0.1 percent of the wealth in the country started at $1.5 million per year, while the top 0.01 percent earned at least $7 million. The richest families in the U.S. make far more money. Their net worths are well into the billions.

Who are the richest families in the U.S.?

Let’s start with the five richest of the bunch:

While the Koch family falls under a number of business umbrellas, the family is worth $82 billion. Some of the family’s largest endeavors include political activities like climate change denial and the leadership of the second-largest private company in the country, Koch Industries.

The Mars family made their fortune off candy including Mars bars, Snickers, and Milky Ways—just to name a few. They started the business back in 1913. Today, the Koch family’s collective net worth is $78 billion.

The Cargill-MacMillan family owns Cargill Inc. The family’s net worth is $49 billion. While they aren’t the richest family overall, they do have the most billionaires in one family (14 billionaires in total).

The Cox family is a media-oriented family. Their net worth is $41 billion. They spearhead businesses in publishing, cable TV, and automotive technology. For the Cox family, it all started in 1898 when James M. Cox bought Dayton Evening News.

Other families in the top 25 richest U.S. families include the DuPont family of Delaware (worth $14.3 billion) and the Sackler family of Purdue Pharma (the creators of OxyContin painkillers who are collectively worth $13 billion).

Who are the richest families in U.S. history?

The richest families in U.S. history include the Rockefellers. John D. Rockefeller alone was worth $253 billion (adjusted for inflation) until his death in 1937. Over the course of seven generations, the family has maintained its billionaire status.

There are also the Vanderbilts, whose wealth started in the 1800s with Cornelius Vanderbilt. During his lifetime, Vanderbilt was worth an adjusted $205 billion. By the 1970s, no one in the Vanderbilt family was a millionaire anymore.

The Astor family‘s wealth started in the late 1700s. During his lifetime, John Jacob Astor was worth an adjusted $138 billion. He made sure that half of the trust fund would skip a generation to avoid having heirs spending all of the money.

The Mellon family‘s wealth started with Richard and Andrew Mellon, who were late 19th century bankers from Pittsburgh. They founded Mellon Bank, Gulf Oil, and Alcoa. All three of these companies are still around today.