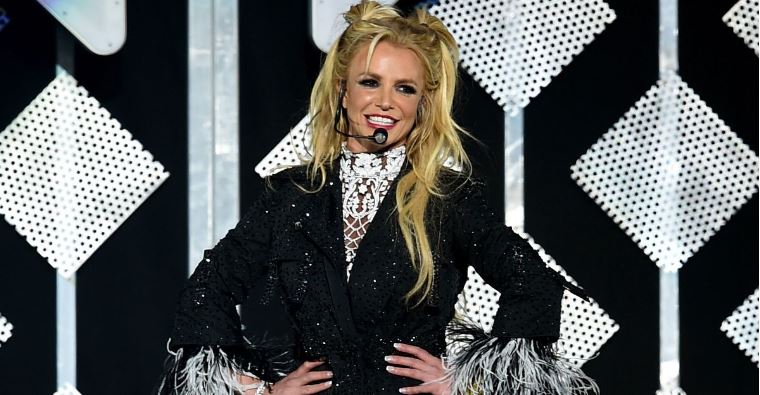 Britney Jean Spears is an American singer, songwriter, and dancer. Often referred to as the “Princess of Pop”, she is credited with influencing the revival of teen pop during the late 1990s and early 2000s.

Britney Spears has overcome a lot in her 20-plus years in the game.

After being set free from her conservatorship last November 2022 was gearing up to be the year that the pop star got her life back. Things seemed to be on the up and up for Britney when she tied the knot in June, marrying Sam Asghari. But drama soon followed for the “Lucky” singer when her ex-husband, Kevin Federline, criticized her nude posts last month and exposed a video of an argument with her sons for the world to see.

Britney’s attorney has threatened legal action against the father of her two sons (Jayden James Federline, and Sean Preston Federline), but that didn’t stop the madness from ensuing as things escalated and got her son, Jayden, involved.

What did Britney Spears’s son Jayden, say about her?

In a recent interview set to air on Friday (Sept 2), the pair’s youngest son, Jayden speaks out about missing his mom’s June wedding and the status of his relationship with the singer. “At the time it just wasn’t a good time to go,” he told ITV News. “I’m not saying that I’m not happy for her. I’m really happy for them, but she didn’t invite the whole family, and then if it was just going to be me and Preston, I just don’t see how that situation would have ended on good terms.”

Elsewhere in Jayden’s other interview, the 15-year-old shared whether he thinks things will get better with him and his mom. “I 100 percent think this can be fixed,” he said. “It’s just going to take a lot of time and effort. I just want her to get better mentally. When she gets better I really want to see her again.”

On Thursday (September 1, 2022), Britney took to social media to respond to her son’s statements, sharing that her love for her sons “has no boundaries.” She added, that it deeply saddens me to know his outcry of saying I wasn’t up to his expectations as a mother. Finally at 40 without the restraints of what my family did to me, I say to my son Jayden that I send all the love to you in the world every day for the rest of my life.”

The “Gimme More” singer shared a voice note on Instagram calling out her sons for only appreciating her when she had armloads of gifts and food for them.

After posting (and deleting) 22-minute audio detailing the horrors of her conservatorship, Britney Spears has returned with more confessions and messages for her family members.

“I can totally understand why my family would have a problem with me doing my own thing, maybe ‘cuz I never have,” Spears began in the audio uploaded to her feed on Monday (September 5).

“I’m sure it is a little different and a touch lighter, me not being responsible for three 18-wheeler trucks with tour equipment and thousands of people to be responsible for on tour, and Dad and my Robin in the corner of every room I’ve had to be in for the last 20 years,” she continued before directly addressing her eldest son, who recently said he was praying for her in an interview.

“So, Jayden, as you undermine my behaviour – just like my whole family always has – with ‘Hope she gets better,’ ‘I will pray for her’… Pray for what? I keep working so I can pay off mom’s legal fees and her house. Do you guys want me to get better so I can continue to give your dad $40K a month? Or is the reason behind you guys deciding to be hateful because it’s actually over in two years and you don’t get anything?”

Spears continued to speak to her 15-year-old, saying, “I will say it, I sat in that kitchen and looked you straight in the eyes, beautiful boy, and said, ‘How come I can’t see you guys anymore? Or just see you guys more? I look forward to seeing you guys weekly.’ You said, ‘Mama, oh, it’ll change.'”

According to the pop star, Jayden and his younger brother “left [her]” in a house, “always two hours early.” Her youngest son, Preston, would sleep while Jayden played the piano. “If I didn’t shower you guys with gifts and have amazing food ready and play a motherf*cking saint, it was still never good enough,” she recalled.

Spears claims that after she asked her child to see him more, he called his father, and she never saw him again. “I didn’t do anything wrong,” the 40-year-old vented. “I know I’m not perfect, but the love I’ve given you and how much I adore you and your diplomatic ways, speaking like PaPa, ‘This can be fixed, I will see her when she is better.'”

“Jayden, I was lucky I could even have a normal conversation when I got out of that place,” the Mississippi-born performer continued. “You were just like my other family, you secretly loved looking at me as if something was wrong with me.”

After more ranting, the Blackout artist admitted that she no longer believes in God due to the suffering she’s endured throughout her conservatorship and beyond. “There is nothing to believe anymore, I’m an atheist y’all,” she concluded.