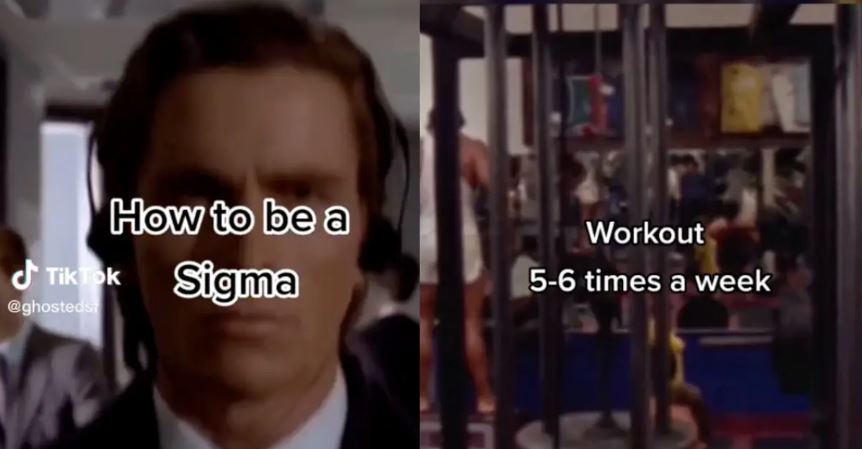 TikTok is obsessed with Sigma Males, but what exactly is a Sigma Male?

Generally speaking, sigma is the 18th letter of the Greek alphabet. But as of late, it’s taken on a new identity thanks to TikTok. The platform is currently enamored over what is being called a sigma male. According to the internet, just like a man can be alpha or beta, a man can also be sigma.

But what exactly does being a “sigma male” entail?

What is a sigma male on TikTok?

According to Dictionary.com, the term sigma male was first introduced into society in 2010 by far-right activist and writer Theodore Robert Beale, who also goes by Vox Day. Beale previously wrote about sigma males on his blog. It’s unknown why exactly he chose to assign this male identity to the sigma letter as opposed to another one.

That said, a sigma male is thought to be a man who is ultimately successful but deviates from mainstream society. This man is shy, but popular with women because they create an air of mystery. A sigma male doesn’t care what other people think of him. Beale specifically described sigma males as “lone wolves” or introverted alpha males.

Many of Clint Eastwood’s movie characters can be thought of as sigmas — not to mention Christian Bale’s role in American Psycho or Matt Damon’s character in any of the Bourne movies.

Creator Selna King (@selnakim) echoes these values in the video below. “We used to think there was only alpha and beta, where alphas are at the top and betas are at the bottom, but sigmas are almost like a cheat code. They are at the top with the alphas, but they are outside the hierarchy.”

Creator @ghostedsf also shared a video with tips on how one can become a sigma male. In this video, he claims that to be a sigma male, you must not show your emotions in public and you never chase girls. Also, you should work out five to six times a week.

In a follow-up video, he adds that sigma males should also “walk slower” because “it makes it look like you don’t give a f–k.” You should also prioritize focusing on yourself.

So, are you a sigma male or do you know one? Sigma males are considered to be rarer than alphas and betas. Plus, they seem to do very well in the romance department.