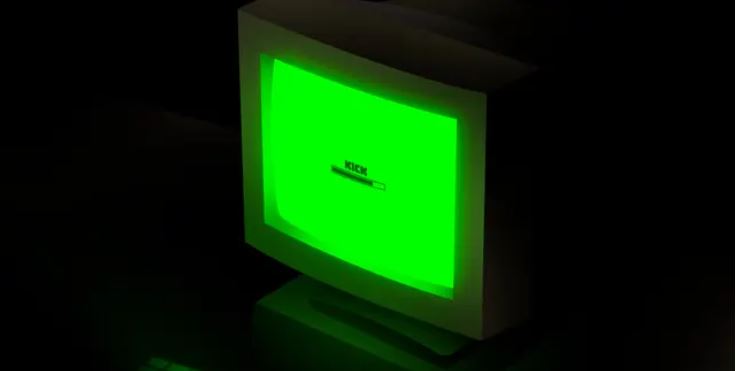 Twitch has a potential new rival in town with Kick, an all-new streaming platform now in beta. Backed by Tyler ‘Trainwreck’ Niknam, it markets itself as a creator-friendly site with plenty of favorable policies. But is it too good to be true?

The streaming space has oversaturated itself and then consolidated more times than you can poke a stick at in the last few years. From the rise and fall of Mixer, to the streaming wars between YouTube, Facebook, and Twitch, streamers have been shifting around plenty.

A number of niche sites have also cropped up like Trovo and DLive to try and take some of the market share. Now a new competitor is stepping up to the plate in Kick, and it has some star power backing at launch.

Kick markets itself as a creator-friendly platform with favorable policies that’d attract even the smallest streamer to give it a try. It’s still in beta, but many have expressed their interest in giving it a whirl ⁠— so here’s what you need to know about Twitch’s newest rival, and whether it’s too good to be true.

The ownership of Kick is currently unconfirmed, but signs point to crypto gambling site Stake.com backing the project.

Job listings posted by Australia-based start-up Easygo state that “Kick.com is a new venture created by the founders of Easygo and Stake.com.” Stake accounts also created and previously moderated the Kick subreddit.

As of writing, Stake has not confirmed any ownership of the platform, but was a major sponsor of Trainwreck on Twitch before Stake was banned on the platform.

What makes Kick so attractive as a Twitch competitor?

Kick hasn’t put out any impact statements on their website just yet. It only really came into prevalence on December 3 with a couple of teaser tweets, and kicked into gear once Tyler ‘Trainwreck’ Niknam announced his move to Kick to his 2.1 million Twitch followers.

Niknam had the sales pitch of the century that would appeal to any streamer ⁠— regardless of platform.

Kick is promising a 95-5 subscriber revenue split, which blows Twitch’s 50-50 and YouTube’s 70-30 policies out of the water. This is on top of a 100% split on Kicks, the platform’s regular donation service. Creators can get same day payouts, not having to wait for a monthly cheque.

The attractive policies don’t end with the money. Kick promises an “innovative new exclusive creator program” according to Train where partners “won’t have to rely on your subscriber count alone every month.

“You’ll get a steady income based on hours watched and total viewers you stream to with an option to be paid out on the same day.”

The platform’s Terms of Service have also been designed with clarity in mind, Niknam claimed, with “no ambiguous bans”. There are also specific rules around “ethical gambling”, allowing the vilified practice to continue on Kick. Previously DLive was considered the gambling streamer alternative to Twitch with its laissez-faire policies, but Kick promises some sort of moderation.

Will Kick survive in the streaming wars?

At the time of publishing, Kick is only days old, and riding a wave of hype off the back of Trainwreck. It’ll take more than one big name to defect from Twitch, YouTube, or Facebook to Kick to actually take a meaningful stranglehold on streaming.

Kick is promising the world to creators, but previous promises have ended in flames. Mixer was known for its eight figure deals handed to top talents like Tyler ‘Ninja’ Blevins and Michael ‘shroud’ Grzesiek, but imploded in just a couple of years.

Trainwreck has asked creators and fans to give Kick a year to grow and properly implement its policies. If everything can be checked off, it’s a no-brainer for all creators to move there: it has all the positives and nearly none of the negatives of other sites.

However it has a long way to go to compete with mega platforms. Twitch has the backing of Amazon, YouTube has Google, and Facebook has Meta. Those are some of the biggest tech companies in the world, and Kick is just a startup with one big creator (for now) vouching.

Kick’s vision is lofty, especially to support those “small and mid-sized creators who are the foundation and backbone of all live streaming platforms”, as Trainwreck put it. It’s trying to integrate and wean people off of other sites, rather than coming in and disrupting the space.

That is a generous reading of the situation though. In just a couple of days, Kick has already had itself embroiled in controversy — whether it be hiding its true owners, embedding Twitch streams for promotional purposes, or other shady business practices. There is more than what meets the eye here.