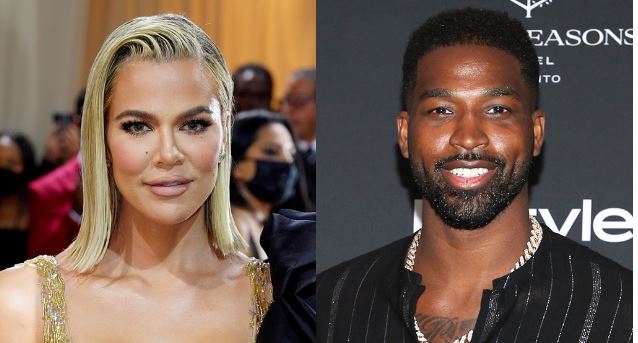 Khloe Kardashian and Tristan Thompson, who are already parents to True Thompson, are expecting their second child together via surrogate. Find out the sex of the baby here.

Khloe Kardashian and Tristan Thompson are expecting a baby boy, a source confirms to E! News.

The Kardashians star and the Chicago Bulls player—who share daughter True Thompson, 4—are expecting their second child together via surrogate.

“Khloe is incredibly grateful to the extraordinary surrogate for such a beautiful blessing,” a rep for Khloe shared. “We’d like to ask for kindness and privacy so that Khloe can focus on her family.”

Sister Kim Kardashian previously revealed on The Kardashians that Khloe has been hoping to have a baby boy.

However, Khloe and Tristan are not back together, a source close to the situation told E!. In fact, the insider said that, outside of co-parenting matters, the two have not spoken since December, when it was revealed that Tristan fathered a child, son Theo Thompson, with Maralee Nichols. As the source noted, “The baby was conceived via surrogate before it was revealed to Khloe and the public that Tristan was having a baby with someone else.”

The decision to expand their family was one Khloe wanted to keep a secret, not only for her surrogate’s sake but also, as a second source shared, “to protect her mental health from judgment from the public as a result of Tristan’s actions.”

But after the story leaked, “Khloe’s hand was forced to confirm the pregnancy,” the second insider continued, “before she was ready to announce, and even before she had the opportunity to personally tell her closest family and friends.”

Though they likely weren’t totally surprised by the news as the 38-year-old has always expressed her desire to give True a sibling. “I definitely do want more kids,” she said in March 2021. “I have so many brothers and sisters. I think it’s such a blessing—especially during these times—to have a family member or people that you can play with and rely on and just have a buddy.”

And while she has been candid about her journey freezing her eggs and IVF, Khloe was open to surrogacy as well, explaining she is a “high-risk carrier for a pregnancy.” However, finding a surrogate proved to be a challenge, too.

“I did have one and then it fell through,” Khloe said on the June Keeping Up With the Kardashians reunion. “There’s so many tests they have to do and all these things. So I’m still on that journey. It’s just, I thought it would be a much easier process. And it’s not.”

Now, it won’t be long until her bundle of joy is here.