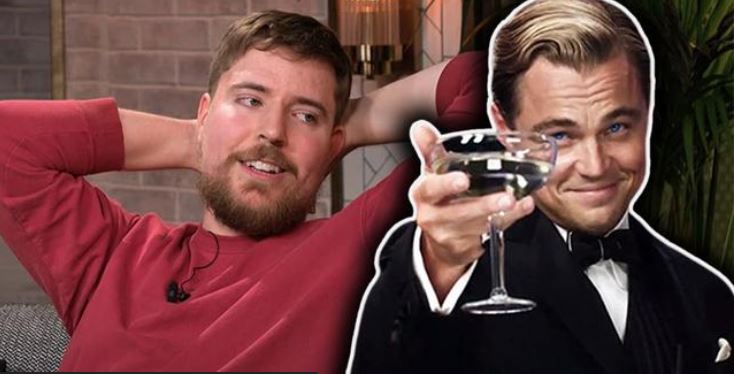 Jimmy ‘MrBeast’ Donaldson is one of the most prominent content creators on the internet — on top of being one of YouTube’s most-subscribed independent personalities.

Boasting over 100 million subs, MrBeast has achieved viral status many times over for his high-stakes challenges, jaw-dropping giveaways, and outside business ventures, such as his very own fast food chain called ‘MrBeast Burger.’

In fact, he’s become so famous that he’s now getting invited to uber-exclusive celebrity gatherings, which is how he ended up rubbing elbows with none other than Hollywood superstar Leonardo DiCaprio.

Donaldson told the story of his meeting with the A-List actor during a September 27 episode of comedian Andrew Schulz’s FLAGRANT podcast, after he was asked about the most famous person he had in his phone contacts.

Unable to come up with a name right away, he asked his buddies for help, who reminded him of the time he met Leo.

“I met him at an event,” MrBeast began. “I don’t know how much I can say, but there’s this super exclusive event where there’s all these really rich and famous people, and I just did not belong there at the time.”

“I just can’t say too much. I just remember pulling up and there’s just dozens of guys with assault rifles and stuff, and I was like, ‘Oh, it’s like that high level of an event.’ I ended up talking up there. I don’t know how to put it into words. Everyone there was either ultra-famous or just like a billionaire.”

“It was crazy, having all those people in that room. And then at dinner, they just pair you up with random people so you meet new people, and he was the one at the table and we just [talked].”

MrBeast went on to describe the speech he’d given at the event, where he joked that the attending company execs should “invest in YouTube” because “TV f**king sucks.”

This isn’t the first time the YouTuber has been connected with Leo; the two had an interaction on social media last year after the actor unexpectedly shouted out MrBeast in a tweet.