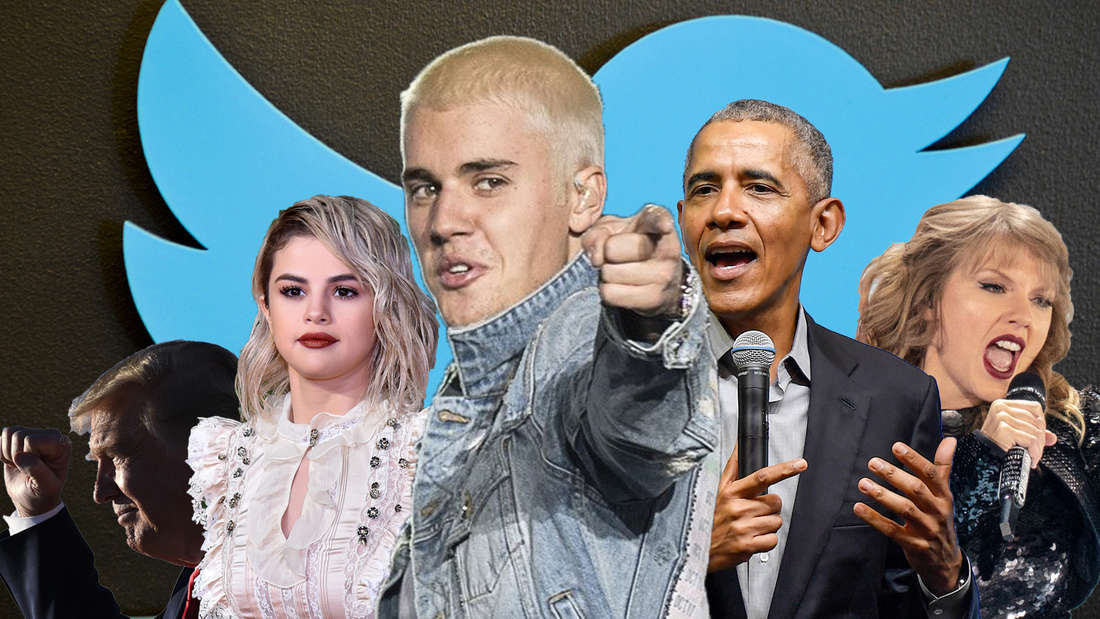 Nowadays, Twitter is a profoundly popular social media platform across the entire world. Twitter is one of the best ways to connect with each other online. It has become more popular worldwide due to celebrities all over the world. People can easily get an update on the happenings in their favorite stars’ life by following them on Twitter. On the other hand, Twitter is also a big platform to promote anything for celebrities. That’s why Twitter keeps holding huge masses from all around the world.

But the question is who has the highest number of Twitter followers among the millions of users worldwide?

Another personality who has the most Twitter followers in 2022 is Lady Gaga. Stefani Joanne Angelina Germanotta well known by lady gaga has more than 84.9 million Twitter followers with 9,954 tweets and follows 117,419 people.

Lady Gaga is an American popular singer, songwriter as well as actress. Her album “ The Fame “ which was released in 2008 got a commercial success and produced global chart-topping singles such as Poker face and Just Dance.

Ariana Grande-Butera, known professionally as Ariana Grande, is an American singer, songwriter, and actress. She was born on June 26, 1993, in Boca Raton, Florida, United States. She holds two nationalities;  American, and Italian.

Her famous sibling is Frankie Grande, and in 2021, the talented singer got married to Dalton Gomez.

Her four-octave vocal range has received critical acclaim, and her personal life has been the subject of widespread media attention.

Aside from these, Ariana Grande is one of the most followed celebrities on Twitter. As of the time of this article, she has over 85 million Twitter followers with over 47K tweets and follows over 55K people.

Donald John Trump is an American politician, media personality, and businessman who served as the 45th president of the United States from 2017 to 2021.

Trump graduated from the Wharton School of the University of Pennsylvania with a bachelor’s degree in 1968.

Trump has had a fair drama with most social media platforms after he got his accounts banned. However, he maintains to be one of the most followed personalities in the world.

Currently, Trump has over 88,7 million Twitter followers, with over 59K tweets, and follows only 51 people on the bird app.

Taylor Alison Swift is a singer, songwriter, and actress who belongs to America. She was born on 13 December 1989 in Reading, Pennsylvania, the U.S.  She has won so many awards for her great work such as 22 Billboard Music Awards, 19 American Music Awards, 11 Country Music Association Awards, 10 Grammy Awards, 8 Academy of Country Music Awards, 1 Brit Award and 1 Emmy.

Taylor Swift is also the second most-awarded singer at the Teen Choice Awards, with 25 awards. That’s why she has also a good fan following on social media. She is one of the 7th personalities with the highest number of Twitter followers in the world with more than 91.2 million Twitter followers at the present time with only 721 tweets. Besides that, she is also holding the most popular Facebook accounts in the world.

Cristiano Ronaldo is the world’s most popular professional footballer of all time. He plays forward for Premier League club Manchester United and captains the Portugal national team. In 2022, Ronaldo scored his 700th club goal making him the first to ever do it in the entire world. He is also ranked as the best player in the world. He is the only player to win four European Golden Shoe awards. Besides that, he is one of the most money-making athletes in the sport and the richest Footballer in the world.

Forbes named him the world’s best-paid athlete. In June 2016, ESPN ranked him the world’s most famous athlete. He is not so far concerned top 10 most followed Twitter accounts in the world. He is one of the most popular celebrities on Twitter with more than 103.8 million Twitter followers with 3,818 tweets and follows 62 people.

Another one of the most followed Twitter accounts in the world is held by the Pop singer Rihanna. Rihanna has more than 106.7 million Twitter followers with 10,633 tweets and follows 991 people. She is a Barbadian singer and songwriter. She was born on 20 February 1988 in Saint Michael, Barbados.

Forbes ranked Rihanna the fourth most powerful celebrity of 2012 and was named one of the “100 Most Influential People in the World” after that year. Currently, she is one of the most popular Hollywood singers. That all prove that she has a wide fan following across the world.

Elon Reeve Musk FRS is a business magnate and investor. He is currently the world’s richest person with a net worth of $219.8 billion according to Forbes.

He is the founder, CEO, and chief engineer of SpaceX; angel investor, CEO, and product architect of Tesla, Inc.; founder of The Boring Company; and co-founder of Neuralink and OpenAI.

Of all the social media platforms, Elon Musk is much more active on his Twitter account. He once revealed his intentions to buy the bird app and make a few changes to it.

Currently, he is one of the most followed personalities on Twitter with over 108.3 million Twitter followers. He has over 19K tweets and follows only 122 people.

Katy Perry is an American singer, songwriter as well as actress. She is the world’s most popular celebrity on Twitter holding over 108 million Twitter followers. This is the 3rd highest number of Twitter followers (108 Million) of any people in the world with 11,739 tweets and follows 244 people. She was born on 25 October 1984 in Santa Barbara, California, United States.

Katy Perry started her career in gospel music as a teenager. She has sung many songs such as I Kissed a Girl, Hot n Cold, Thinking of You, and Waking Up in Vegas. She has also released many albums like Teenage Dream, Teenage Dream: The Complete Confection, etc. The album became the first by a female singer to produce five number-one Billboard Hot 100 songs, and the second overall after Michael Jackson’s album Bad.

Katy Perry became the first singer with multiple videos to reach one billion views on Vevo with the videos for its songs “Roar” and “Dark Horse”. Her current net worth is $330 million according to Celebrity Net Worth. She is also among the most followed female celebrities on Instagram and thus, truly a social media queen.

Justin Bieber has the 2nd highest of Twitter followers in the world with more than 113.9 million Twitter followers with 31,356 tweets and follows 282,395 people. He is a very young Canadian singer and songwriter and record producer. He was born on 1 March 1994, in London, Canada.

Justin Bieber released his first appearance EP, My World, in late 2009. He released his first full-length studio album, My World 2.0, in the year 2010. It was led by his most successful single to date, “Baby”. He has won many fan-voted awards, including the American Music Award for Singer of the Year in 2010 and 2012. He was listed 3 times by Forbes magazine among the top ten most powerful celebrities in the world in 2011, 2012 as well as 2013.

Barack Obama is a politician who served as the 44th President of the United States and the most followed person on Twitter in 2022. As of the time of this article, he is the person with the highest number of Twitter followers, has currently more than 133.5 million Twitter followers with 16,612 tweets, and follows 580,597 people on the bird app.

He is one of the most influential personalities in the world. He graduated from Columbia University and Harvard Law School, where he served as president of the Harvard Law Review. His complete name is Barack Hussein Obama II. He was born on 4 August 1961 in Honolulu, Hawaii, US.